Outameni bailout a move to save guarantor's house, says Shaw 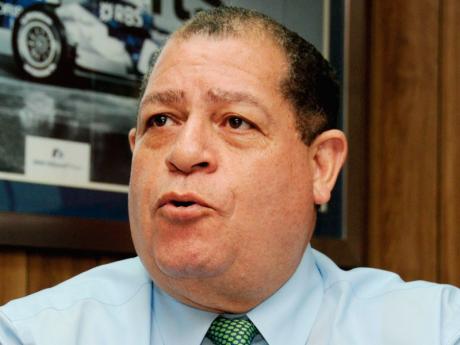 THE BOARD of directors of the National Housing Trust (NHT) was reportedly urged to act quickly and approve the purchase of the Outameni lands in order to prevent the house of a guarantor on a loan to Capital and Credit Merchant Bank (CCMB) to Orange Valley Holdings - the entity which owns Outameni - from being sold.

Audley Shaw, the opposition spokesman on finance, revealed in the House of Representatives on Tuesday that correspondence was made to the board by the managing director of the NHT on November 28, 2012.

In the submission, the managing director reportedly said "urgency was created because of a provisional order by the court to sell the home of the guarantor for the loan and the final order was expected to be handed down on November 20, 2012, if Orange Valley Holdings failed to settle the debts".

The NHT spent $180 million to buy Outameni's Orange Grove property in Trelawny in March last year, and as of July this year, spent a further $2.1 million buying chattels and equipment from Lennie Little-White, the owner of Outameni.

Another $25.2 million was spent for the administration and maintenance of the property and to cover costs associated with the purchase of the land such as the valuation report, legal fees and stamp duty, insurance, and property tax.

Orange Valley Holdings was indebted to CCMB, an entity which is owned by Jamaica Money Market Brokers (JMMB).

Shaw said the managing director, in the submission to the board, said the NHT, by letter dated November 19, 2012, informed the JMMB of the technical committee's consi-deration regarding the purchase of the outstanding debt, which they advised was subject to the board's approval.

"JMMB kindly consented to delay acting on the order until such time as the NHT board had met to consider the purchase of the outstanding debts, and they agreed to await NHT's confirmation, which they expect on or around December 4, 2012," the managing director's submission reportedly said.

But according to Shaw, the decision to purchase the property was made only one month after the offer was made, and there was not adequate due diligence.

He claimed that NHT documents revealed that after the board approved the purchase on December 4, 2012, the technical committee of the Trust only presented an assessment on the programme on February 14, 2013.

Noting that there have been failed attempts to sell Outameni, Shaw said his revelation is more evidence that the Easton Douglas-chaired board must resign.

"It has nothing to do with whether the transaction was a good deal for the NHT and its contributors. It was a hurriedly put together bailout plan, plain and simple," Shaw charged.