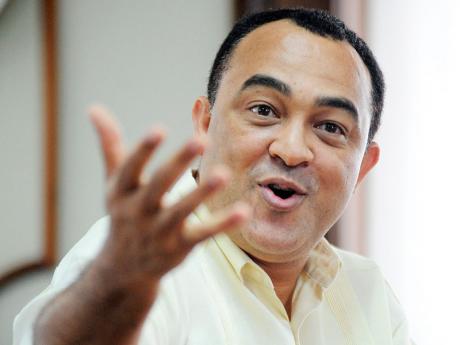 Dr Christopher Tufton, co-executive director of the Caribbean Policy Research Institute (CaPRI) and former minister of agriculture and fisheries, has told Jamaicans entering the working world that to adjust their expectations of what the Government and politicians can and should do for them.

Tufton suggested that they should instead ponder what they could do for themselves as they seek to integrate themselves into the workforce after receiving certification.

According to the former government minister, who gave the main address at the graduation ceremony of the Global Institute of Certified Specialists (GICS) last Sunday at the Medallion Hall Hotel in St Andrew, the days of the government being the primary creators of jobs are over.

He went on to say that past policies that saw Government owning sugar estates and airlines have proven to be an economic disaster, at great cost to the country and its taxpayers.

Tufton, in his address, mentioned the current International Monetary Fund (IMF) agreement, stating that the arrangement has forced the Government to be frugal.

The agreement, he continued, has demanded that the Government shift focus from providing jobs directly to facilitating an environment for investment through private-sector activities.

Tufton encouraged graduates to use their creativity and training to make themselves marketable and entrepreneurial. He urged the graduates not to allow present or future governments and politicians to make promises that are unrealistic.

Tufton continued: "While you must hold Government to account for the things they should do, like education and health care, depend less on them for employment."

He also highlighted the trend that many would eventually leave Jamaica in search of job opportunities overseas, because of the limited opportunities here in Jamaica.

GICS is a vocational training institute based in Kingston specialising in health care, and is backed by the London-based City & Guilds certification organisation.