Jamaica may have to import weed in 10 years - expert 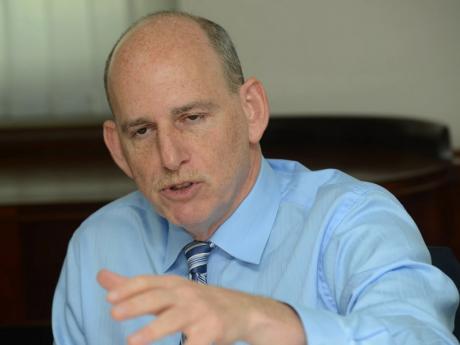 A leading proponent of drug-policy reform says Jamaica could pay a heavy price for its years of adherence to demands from the United States if it fails to exercise greater urgency in local ganja-reform policies.

"Jamaica is far behind on medical research on ganja," said Dr Ethan Nadelmann, executive director of the Drug Policy Alliance, while speaking during a Negril Chamber of Commerce fundraising gala at the Couples Swept Away resort in Westmoreland last Saturday.

"If you don't get your act together, you could be importing ganja from America in the next 10 years."

Added Nadelmann: "My generation still speaks highly of Jamaican ganja, and you still have a lot of tourists coming here for some of the stuff, and they want a chill place to do it but, for the younger generation, consumer tastes have shifted from outdoor grow, mainly in Jamaica, to indoor grow ... . The world of ganja reform is growing rapidly."

According to the outspoken professor, half of the US has now made marijuana legal for medicinal purposes, with millions of Americans now receiving the drug through recommendations from medical doctors. There are also thousands of dispensaries, shops and stores selling marijuana legally, with millions of dollars in tax revenues going into US government coffers.

He described the relationship between his homeland and countries in the Caribbean and Latin America as that of an abusive parent to an abused child, but argued that Jamaica could be the pioneer for drug reform in the region.

"... I think that fear still exists in the Caribbean, but Jamaica has the right to demand the same courtesy that was given to Uruguay (which has liberalised the use of marijuana since last December)," he said. "Now that several American states are legalising marijuana, there is a shift, and the US cannot deny Jamaica their right."

He added: "I don't know what the public opinion polls are in Jamaica, but I do know that this (decriminalisation of ganja) can move quickly ... . Policy can shift."