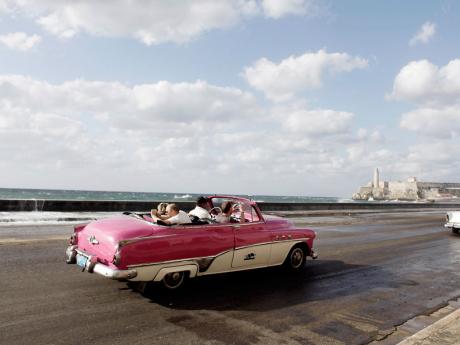 In this April 7, 2009 file photo, tourists ride in a classic car along Havana's Malecon.-AP 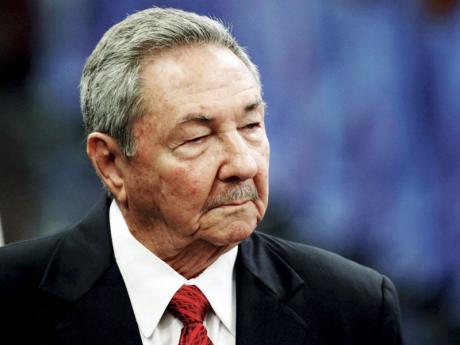 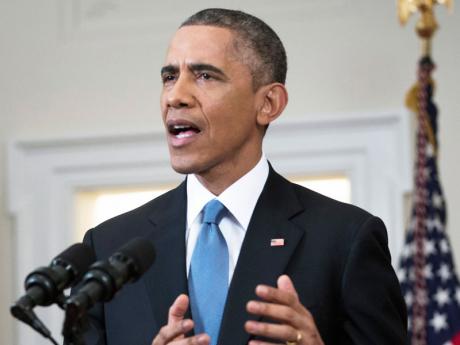 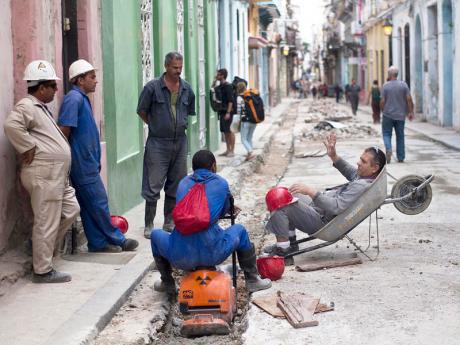 It's been long in coming but it has finally happened.

That's
how Jamaicans are describing the re-establishment of diplomatic ties
between the United States (US) and Cuba, which had been severed more
than half a century ago in January 1961.

Prime Minister Portia
Simpson Miller, in a statement from Jamaica House yesterday, said the
move brings US and Cuban foreign policies in line with modern
international diplomatic arrangements and "vindicates the position taken
repeatedly by the majority of nations of the world at the United
Nations and in other international fora for an end to the US trade
embargo and other attempts to isolate Cuba".

Said the prime
minister: "This represents courageous action by the governments of the
US and Cuba that will ultimately serve the best interest of the people
of both countries and establish the foundation for the next required
logical step of a total and formal end of the US's unilateral trade
embargo against Cuba."

Edward Seaga, the former political leader
who tussled with former Cuban President Fidel Castro at a time when
capitalism and communism raged on the political stage, also embraced the
announcement.

Outgoing president of
the Private Sector Association of Jamaica, Christopher Zacca, described
the opening of American borders to Cuba as a wake-up call for the local
business sector.

For Edmund Bartlett, opposition spokesman on
foreign affairs, the easing of the embargo symbolises the fulfilment of a
long and hazardous campaign undertaken by the region and sections of
the global community.

The local socio-political landscape took on a
surreal quality as Jamaicans listened to United States President Barack
Obama breaking the foundation of what he characterised as his country's
outdated approach to Cuba.

Jamaicans stood, seemingly transfixed,
before television screens as they witnessed what a few years ago had
looked like the unthinkable - the dawn of a new dispensation on the
international front.

In so doing, Obama said he was promoting
change that is consistent with US support for the Cuban people and in
line with US national security interests.

At the end of the presentation, a tear or two slipped down the cheeks of some Jamaicans and subdued cheers followed.

In
a dramatic shift, Obama paved the way for a new relationship, balancing
on diplomatic pillars, to be forged between the long-time political
foes.

Minutes after Obama addressed his
people in simultaneous harmony with Cuban President Raúl Castro, Seaga
declared: "It has to be."

Said Seaga: "The Cubans would be
thankful for that, they have the right training, right discipline and
the right work habit to do well in conjunction with their counterparts
in Florida who are people in business."

He added: "These two sets of people, I think, will find it easy to complement each other for their own prosperity."

But
Seaga harbours one apprehension shared by many other Jamaicans - with
the flood gates opening up to Cuba, what will be the fate of local
tourism?

Seaga expressed concern that Jamaica's tourism product could be affected as Cuba could become the new lure for curious visitors.

Characterising
Obama's announcement as an important development, Zacca predicted that
it would have a significant impact, once Cuba opens up, given the
direction in which it appears to be heading.

"Businesses in Jamaica must see it as both a threat but a big opportunity to target a new market," said Zacca.

"We
need to hurry up and transform the economy competitively to what we can
take advantage of down the line, as well as ensuring that we can
compete with new business that will spring up in Cuba."

Said
Bartlett: "I think that it is significant that the timing should be now,
at the start of what is a new relationship that the world is seeking
with itself, and the need for the values of globalisation to be realised
by all nations. ... For too long, Cuba has been outside the realm of
these developments," Bartlett said.

"The offshoot of this is the
implication with Cuba's own relationship with the rest of the community
and the transformation initiative that has been going on in that
country," he said.

Bartlett noted that the matter of human rights continues to be a sticking point.

"We are now beginning to witness a new concentration, as the exchange of political prisoners can very well be that signal.

Two
years after the Batista regime was deposed by the Fidel Castro-led
Cuban Revolution, the US placed an embargo on exports to Cuba (except
for food and medicine), but on February 7, 1962, this was extended to
include almost all imports.

The United States president has instructed the secretary of state to immediately initiate discussions with Cuba on the re-establishment of diplomatic relations with Cuba, which were severed in January 1961.

In the coming months, we will re-establish an embassy in Havana, and carry out high-level exchanges and visits between our two governments as part of the normalisation process. As an initial step, the assistant secretary of state for Western Hemisphere will lead the US delegation to the next round of the US-Cuba Migration Talks in January 2015, in Havana.

US engagement will be critical when appropriate and will include continued strong support for improved human-rights conditions and democratic reforms in Cuba and other measures aimed at fostering improved conditions for the Cuban people.

The United States will work with Cuba on matters of mutual concern and advance US national interests, such as migration, counternarcotics, environmental protection, and trafficking in persons, among other issues.

Adjusting US regulations to more effectively empower the Cuban people

The changes announced yesterday will soon be implemented via amendments to regulations of the US departments of the treasury and commerce. The new policy changes will further enhance the goal of empowering the Cuban population.

US travel and remittance policies are helping Cubans by providing alternative sources of information and opportunities for self-employment and private-property ownership, and by strengthening independent civil society.

These measures will further increase people-to-people contact; further support civil society in Cuba; and further enhance the free flow of information to, from, and among the Cuban people. Persons must comply with all provisions of the revised regulations; the terms and conditions are enforceable under US law.

General licences will be made available for all authorised travellers in the following existing categories: (1) family visits; (2) official business of the US government, foreign governments, and certain intergovernmental organisations; (3) journalistic activity; (4) professional research and professional meetings; (5) educational activities; (6) religious activities; (7) public performances, clinics, workshops, athletic and other competitions, and exhibitions; (8) support for the Cuban people; (9) humanitarian projects; (10) activities of private foundations or research or educational institutes; (11) exportation, importation, or transmission

of information or information materials; and (12) certain export transactions that may be considered for authorisation under existing regulations and guidelines.

Travellers in the 12 categories of travel to Cuba authorised by law will be able to make arrangements through any service provider that complies with the US Treasury's Office of Foreign Assets Control regulations, which govern travel services to Cuba.

The policy changes make it easier for Americans to provide business training for private Cuban businesses and small farmers and provide other support for the growth of Cuba's nascent private sector. Additional options for promoting the growth of entrepreneurship and the private sector in Cuba will be explored.