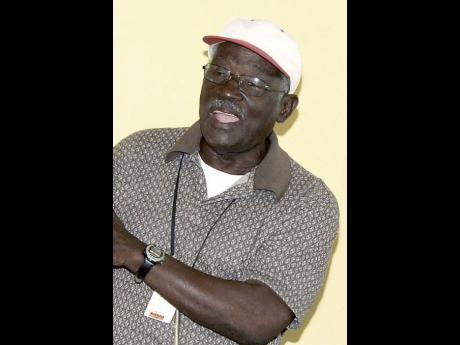 VINCENT EDWARDS, president of the Jamaica Racehorse Trainers' Association, has reacted with shock and anger to a report in yesterday's edition of The Gleaner's Racing Along section that the bidding process for security services at Caymanas Park is being split into separate contracts.

Edwards said he was taken aback that there was no consultation involving stakeholders at the Portmore-based racetrack, especially since the issue involves the sensitive issue of security on the expansive compound of 196 acres.

The Racing Along report pointed out that what was previously a single contract to secure Caymanas Park was put for tender under two bids with the intention that no one firm could hold both contracts.

Edwards described as "ridiculous, stupid, already tried and failed" the move to separate race-day security services from non-race days, which would see two security firms operating at the cash-strapped racetrack.

"What is the sense behind dividing up the contract? We stood by while they stripped the security detail in the name of financial constraints, which we understood.

"However, this latest move cannot be cost-saving nor does it have anything to do with Government's procurement guidelines, which I have since heard [as a reason] coming from Caymanas Track Limited (CTL).

McKay Security has been the sole provider of security services at Caymanas Park since 1994. The company's principal, Jason McKay, declined to comment on the matter, but confirmed that his firm was among competing interests.

A CTL board member also confirmed the move but would not provide reasons for the change in procurement of security services.

Edwards, however, was adamant that his trainers' group wanted answers and soon.