Looking Back/Forward - Leaving no child to chance; OCR reiterates commitment to the care and protection of Jamaica's children 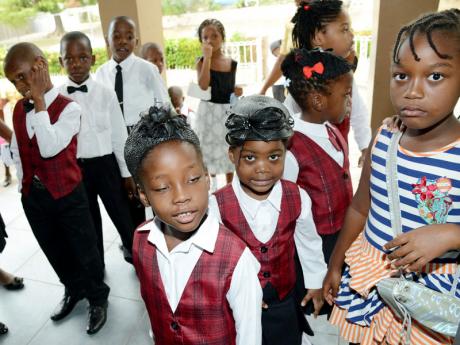 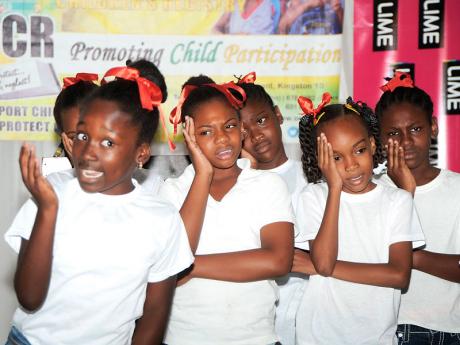 Students from the Norwich Primary School perform a cultural item during the awards ceremony and launch of Office of the Children's Registry Child Ambassadors Programme. - File
1
2

The care and protection of Jamaica's children is everybody's business and cannot be fully achieved without the collaborative efforts of all stakeholders, including those in the home, school, community, church, private and public sector.

It is against this background that as registrar of the Office of the Children's Registry, (OCR), I wish to reflect on the state of our nation's children and encourage greater promotion and protection of the rights of all the children of Jamaica, the region, and the world.

Just a few weeks ago, the occasions of World Day for Prevention of Child Abuse and Universal Children's Day were celebrated during November, which is also commemorated locally as Youth Month, Parents' Month and Community Month.

Those celebrations, I believe, assisted in setting the stage for all stakeholders: children, parents, communities, private-and public-sector organisations to collaborate in the partnership needed to ensure the holistic development, care and protection of the nation's children.

Since the OCR was established on January 1, 2007 as the government agency responsible for receiving, recording, assessing and referring for investigation reports of child abuse, up to December 31, 2013, we have received a combined total of more than 44,000 such reports.

The Ananda Alert is the nationwide system which is used for the safe and speedy recovery of missing children. Consequently, for the period January to December 2013, a total of 2,205 children were reported missing, 1,725 were recovered safely, 368 are still missing and 14 were found dead.

In the meantime, preliminary data, as reported to us by the Missing Persons Monitoring Unit, for the period January to November 2014, indicate that 1,855 children were reported missing, 1,628 were recovered safely, 220 are reported to be still missing, and seven were found dead.

The universal and alarming problems of child abuse and missing children warrant increased attention as well as efficient protection skills and prevention measures at the family, community, national and international levels, and it must first begin with the awareness of and protection of the rights of the child.

Together we can make a difference, one country, one people united for a positive change in the care and protection of children. As a government agency, we have contributed to the well-being of our children and will continue to do so. As we celebrate our seventh anniversary in 2014, the following represent some of our achievements so far this year:

Dissemination of missing and recovered alerts via emails to all OCR/AA partners; also distribution of informational materials during school tours in several parishes across the island to students, parents and teachers about types of abuse, and how to protect against and report known or suspected cases of abuse. Presentations were also made to church groups and other prescribed persons about types of child abuse and the care and protection of children.

Global Media Services commenced broadcasting alerts of missing and recovered children and other public awareness messages developed by the OCR on its pharmacy network and select bill-payment locations in July 2014.

Three memoranda of understanding (MOUs) were signed in 2014. These were :

a) National Spatial Data Management Division: This MOU, signed on July 25, represents a formal agreement between National Spatial Data Management Division (NSDMD), which lies within the Ministry of Water, Land, Environment and Climate Change, and the OCR. The NSDMD maps all reported incidents of missing children, which has assisted the OCR/AA Secretariat to provide targeted sensitisation sessions to schools and other community groups.

c) Ministry of Transport, Works and Housing: Under the MOU that was signed on August 4, in order to strengthen the revamped AA system using land transportation to advance the child-recovery initiatives led by the Ananda Alert Secretariat; the ministry agreed to, among other things, facilitate the OCR through the operational and regulatory processes of the Transport Authority and the Jamaica Urban Transit Company, the training of operators (drivers and conductors) on strategies for identifying children at risk, and the mechanisms through which such reports can be made.

Through the kind assistance of UNICEF, the OCR, in collaboration with the Jamaica Constabulary Force, conducted search and rescue training in select parishes across the island this year. The primary aims of the training were the establishment and implementation of protocols between government agencies, and community and parish-level development groups, to improve the timely response of communities to missing-children reports.

The OCR's third newsletter was completed and distributed in July. It highlighted activities of the agency for the period June 2013 to June 2014.

The OCR launched its second batch of Child Ambassadors who will serve in 10 parishes; Westmoreland, St James, Trelawny, St Catherine, Kingston, St Andrew, St Mary, St Thomas, Manchester and Clarendon. Since the Child Ambassadors were appointed, they have been carrying out activities aimed at increasing awareness about the OCR, child abuse and reporting.

Following tours at 16 school across the island during the period January to March, the OCR commenced its third set of school tours in September 2014. The school tours are geared at raising the levels of awareness of students, parents/caregivers and teachers about issues relating to child abuse and the Ananda Alert system.

Opportunities are also provided for participants to report known or suspected cases of child abuse and/or missing children. The tours are scheduled to continue through the 2014-2015 school year, with breaks during examination periods.

Sensitisation sessions similar to those held during our school tours were also held in various residential childcare facilities across the island in the first quarter of this year. These sessions took the format of OCR representatives delivering presentations to staff and children on various topics relating to the care and protection of children.

The OCR's website was revamped and launched at a press conference on September 3. The website contains several new features, including a language translator which allows the site to be readable by multiple nationalities. The site can be accessed at www.ocr.gov.jm.

The rights of children fall under three categories: provision, protection and participation. These categories cover issues relating to the provision of food, clothing, shelter, education and health care; protection from all forms of abuse and exploitation, safe places to play, and involvement in structured, creative activities such as clubs and societies in schools as well as community-based groups.

As I reflect on 2014 and look forward to 2015, it is my hope that we can truly celebrate the lives of our children by treating them better. The passage of the Disabilities Act and the pending amendments to the Child Care and Protection Act and the Sexual Offences Act are just some of the legislative frameworks that will help to safeguard a better future for our children.

The Government of Jamaica has embarked on the mission to improve the health and well-being of all children by initiating new and sustainable programmes within its agencies. I encourage all citizens to partner with us as we seek to care and protect, not harm and neglect, our children.

Let us use this period of reflection to make a conscious decision to 'Be the change: speak out, protect our children'.

Greig Smith is the registrar at the Office of the Children's Registry. Feedback by email: editorial@gleanerjm.com.