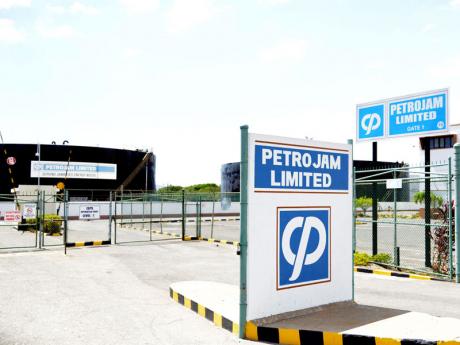 The entrance to the Petrojam oil refinery in Kingston. - File 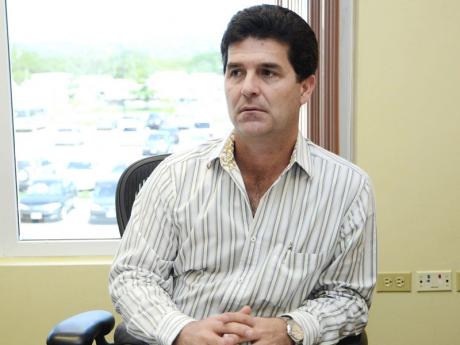 The Private Sector Organisation of Jamaica (PSOJ) has accepted an invitation from Petrojam to have the state-run oil refinery explain aspects of the formula it uses to calculate the weekly price points for the sale of different grades of fuel to the motoring public.

"We (PSOJ) are in the process of setting up a meeting sometime this week or maybe next week, and then we will issue a statement," PSOJ President William Mahfood told The Gleaner yesterday.

Officials of the state-run oil refinery say they are also willing to expand this public education programme to other entities in a bid to dispel some of the widely held misconceptions about the local petroleum trade.

"Contrary to the PSOJ's assertion, Petrojam is by no means a monopoly in the Jamaican market. There are other companies that are actively importing petroleum products for sale to the Jamaican market and while we are a dominant player in the market, companies are free to set their own prices and do not necessarily need to rely on Petrojam's pricing.

"We are available for discussions with the PSOJ or any other entity about our pricing mechanism," the refinery said in a release last week.

Petrojam was refuting allegations by the PSOJ that the refinery was not passing on to motorists the full value of savings whenever oil prices fell on the world market but hit them with the full value of increases, whenever there was a hike in prices. The private-sector group called for transparency, charging that its allegations were supported by the findings of a study it conducted from January to November.

However, according to refinery, the PSOJ erred in its calculations based on a gross misunderstanding of the local and international oil markets, linking as it did the movement in Petrojam's ex-refinery prices for gasolene to the West Texas Intermediate (WTI) reference prices for crude oil. The WTI, it explained, is a widely quoted benchmark for crude-oil prices in the United States, but Petrojam's ex-refinery prices are indexed to the US Gulf Coast Reference prices, a benchmark for finished petroleum products.

"Petrojam is not in the business of selling crude oil. We purchase the crude and refine same into a range of petroleum products. It is important for persons to be able to appreciate this distinction," the company declared.

For this reason, it explained, there will be variations between the prices quoted for crude oil as against finished products, which Petrojam supplies to the Jamaican market. As such, reference prices for petroleum products as reported by different market hubs, such as the US Gulf Coast Reference prices, which will be relatively higher than WTI crude prices. This is because they reflect transportation costs between the regions, differences in gasolene quality and regional supply-demand balances.

It continued: "While Petrojam's ex-refinery prices are indexed to the US Gulf Coast Reference prices, the Miami prices are used as a point of reference in comparison to the Jamaica prices, as it is similarly supplied with products from the US Gulf Coast Reference Refining area (which is some distance away) and is, therefore, subject to the applicable prices and market dynamics."

The release then goes on to provide figures to support its argument that, for the periods January-June 2014, June-November 2014, as well as June-December 15, 2014, the price movements support his claim.

"Of significance in this particular comparative analysis, however," Petrojam stated, "is the rate of depreciation of the Jamaican dollar, which also has a critical effect on our pricing. Although the data show a 12 per cent increase in Petrojam's prices for gasolene, the increase is really only approximately seven per cent; considering the depreciation in the exchange rate during the period.

The refinery insisted: "As is clear from the numbers provided in respect of all the periods referenced, the changes in Petrojam ex-refinery prices for gasolene are very closely aligned to the changes in the comparable prices for Miami."

Petrojam added: "This clearly establishes that Petrojam's prices are generally reflective of market conditions, whether there are price increases or decreases. This is the principle that has always governed Petrojam's pricing policy over the years."