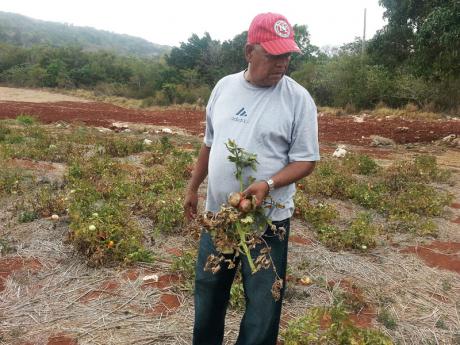 A farmer holds tomato plants and tomatoes that have been blighted as a result of the drought last year.-File 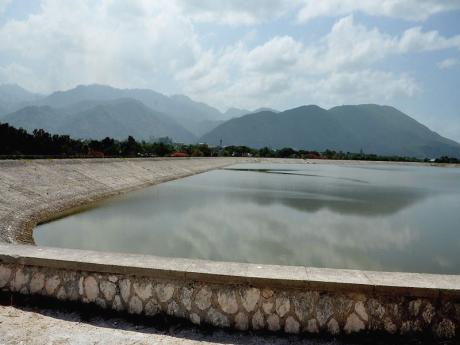 The water level in the Mona Reservoir in St Andrew was down to less than a months supply during the drought last year. File 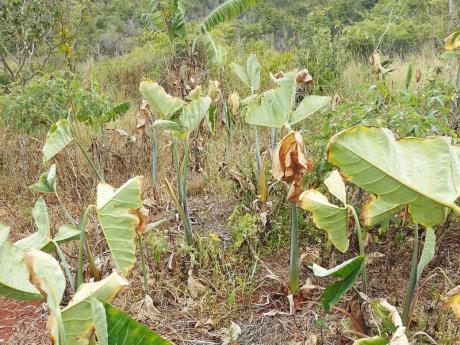 Cocoas that once showed a quailed leaf when ready were quail while still in their prime, and the soil was so dry that it was very difficult to dig for those ready for reaping.-File
1
2
3

After being ravaged by drought last year, Jamaica and other regional states are being urged to invest in extensive preparation to negate the impact of extended periods of drought in much the same way they plan for the annual Atlantic Hurricane Season.

Adrian Trotman, one of the regions leading agrometeorologists, has warned that the people and policy makers in the region are flirting with disaster in their failure to recognise the potential harsh economic, health and social fallout from the impact of extended dry seasons.

What weve been doing over the past few couple of years is focusing primarily on the season that everybody thinks about when it comes to natural disasters, which is the hurricane season the wet season. This is because you get a lot of flooding, so you get damage, you get impact thats known, thats understood, thats clear, thats easier for our media and for our general public to gain traction from to understand and so on, Trotman told The Sunday Gleaner.

However, we recognise that there is another season that presents a totally different challenge thats the dry season. The dry season poses a challenge where there is not enough water. Its the total opposite to the wet season, which is not having enough water.

It means we have concerns about water reaching your homes, your taps. It means that in the dry season we have farmers, the majority of whom are rain-fed, and they dont necessarily have the irrigation infrastructure and so on, or access to water that they can irrigate. They are very, very reliant then on the rainfall, and its not enough in the dry season,

Trotman is concerned that most people in the Caribbean believe that they can cope during the dry periods, but that is because they have never really experienced dry spells beyond the ordinary.

What if you get a dry season that, first of all, that there isnt enough in the first place, and then it turns out to be worst than on average, or would normally expect? You have a real challenge there, so water-resources managers and agriculturists in particular have serious, serious concerns about the dry season.

The drought ravaged farms, forcing up food prices while leaving scores of communities without a drop of the precious commodity in the taps.

At the height of the drought, there was a renewed focus on increasing the source and storage capacity for potable water locally, but since the rains came, the heat has come out of these discussions.

But at a recent Caribbean Climate Outlook Forum in Antigua, Trotman appealed to media houses across the region for help in getting the word out on a matter, the seriousness of which, he argues, is not fully appreciated by most Caribbean people, including, and especially, policy makers.

Were scientists, weve not been trained, as you guys are, to deliver messages. Our speciality is just providing that climate information, and in doing this, then to get that information in such a way that people can understand first and foremost and, thereby, then be able to respond or to make their informed decisions on what to do, Trotman told journalists in Antigua.

Whether it be agriculture, farming for example, whether is how they manage their water resources to be able to respond appropriately, a message has to get out, he continued.

Sometimes that message has to get out to John Public, to a household. What do they do if we are suggesting that there is a high risk of having a drought? What do you do? You cant do the same thing you would do if there was not a drought. Understanding how to respond is about understanding the information presented, and that delivery is how we would want our media in the region to support us.

Trotman explained that there is a need for the region to begin to develop an appreciation for weather and climate well beyond whether or not rain will fall and how much of it will fall tomorrow, which they hear during regular TV or radio broadcasts each day.

So, why do we all need to be concerned? Should we let the farmers worry about their problems related to water shortage? The truth is that droughts will negatively impact plant and livestock production, leading to food shortages and prices increases which, in the long run, impacts gross domestic production.

But thats not all the story. Our annual winter tourism season, which officially starts on December 15, coincides with the end of the wet season, which means that by then, we are into the official dry season, the implications of which have not been full explored.

So when you get really bad dry seasons, you expose your hotel tourist industry to the potential of not having enough water in the taps or having a holiday period that might not be as thrilling, as exciting or as comfortable as it would normally be. These are the things we want everyone thinking about householders, business people and policy makers, everyone!