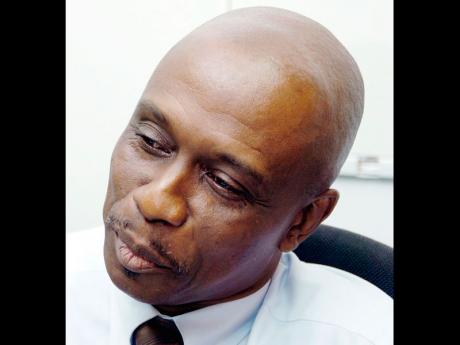 The failure of the Government to provide the Electoral Office of Jamaica (EOJ) with a paltry $1 million could again cause some residents of Portmore, St Catherine, to miss out on a chance to elect their mayor in the next local government election, constitutionally due by June.

But minister with responsibility for electoral matters, Phillip Paulwell has vowed that the money will be provided shortly.

The $1 million will be forthcoming in the month of January. Approval has been granted by the Ministry of Finance for the funding to be released to the Electoral Commission of Jamaica (ECJ) for the exercise to be done, said Paulwell.

The attorney general has indicated to the EOJ that it needs to collect the signatures of seven per cent of the registered electors in the Portmore municipality to ensure that residents, who were left out based on the 2010 boundary changes, are included in the election of the mayor next time around.

But for more that one year the EOJ has been waiting for the State to provide the $1 million which it will need to collect the signatures.

Last week, Director of Elections Orette Fisher told The Gleaner that consultation with the residents and securing the signatures of seven per cent of the residents is a legal requirement.

"When the Electoral Commission of Jamaica (ECJ) completed the islandwide constituency boundaries review in 2010, which saw the addition of two new constituencies in St Catherine, we advised the then minister of local government of the effect the changes would have on the Portmore municipal boundaries", said Fisher.

And we made specific recommendations for the municipal boundaries to be adjusted. So, before the general elections, the boundaries were redrawn. Following the boundaries adjustment, the law was passed, making it legal, so no further amendment is needed to the law. But the law requires that an exercise be conducted to secure the signatures of seven per cent of the electorate in the municipality, he explained.

Fisher said that when the present administration took office in 2012, the ECJ apprised Noel Arscott, the new minister of local government, as well as the St Catherine Parish Council, of the urgency of gazetting the new boundaries ahead of the local government elections.

He added that when the bill to have the boundaries gazetted was sent to the Chief Parliamentary Counsel for drafting, it was noted that no consultation had occurred with the residents of the municipality as is legally required.

Fisher said that time constraints did not allow for the completion of the petition and for the Bill to be signed and gazetted in time for the local government polls in March 2012.

We do not want to go back there, said the elections boss.