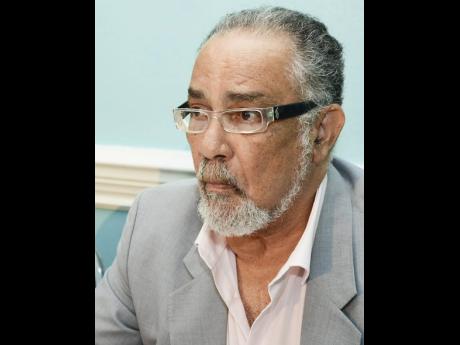 FIRST, it was patties, now it's horses.

Trinidad and Tobago's apparent stance to things Jamaican has moved from pies to thoroughbreds.

News out of the twin-island republic this week has revealed that the Trinidad and Tobago Racing Authority (TTRA) recently made changes that will see Jamaica-bred horses conceding weight to that country's local breds in major races for West Indian-bred horses.

Quoted on a regional website, Bassawh, who owns the Trinidad-based, Jamaica-bred BIGMAN IN TOWN, said the move was not only unfair, "but caught several owners and trainers, who journeyed to Jamaica in November to purchase yearlings, completely by surprise".

"Having spoken to owners, they are shocked and upset on learning about this new change," Bassawh said of the 2.5 kilo (6lb) allowance, which Jamaica-bred horses will have to concede to Trinidad-breds.

"What they are now trying to do is chase owners from the sport, including me. I feel it is wrong and I will not be buying any Jamaica-bred horses until this condition is reviewed," he added.

The Trinidadians spent $23 million, from a total sales figure of $103 million, at November's Yearling Sale at Caymanas Park.

Traditionally, horses from Jamaica, Trinidad and Tobago, and Barbados are considered West Indian-breds and receive equal weight treatment in each jurisdiction.

They are also allowed to compete alongside each other in three-year-old classic races such as derbies. However, these races are off limits to horses imported from North America and the United Kingdom because of the superiority of those animals and the need to protect regional breeders.

Jamaica-bred horses such as MR LOVER LOVER, TERREMOTO, BRUCEONTHELOOSE, and BIGMAN IN TOWN have won the Trinidad and Tobago Derby since 1997. Last year's TT Derby winner, MOMENTUM, was also bred in Jamaica but had never raced here.

GOV'T CALLED ON TO ACT

Hamilton described TTRA's move as "part of the whole Trinidad and Tobago conflict with respect to CARICOM".

"They are breaching CARICOM agreement as it relates to equal treatment for goods and products moving within the region. This is a problem, which the Government has to take up, as it had done before with several matters concerning Trinidad and Tobago."

The Jamaican Government has had to intervene in matters ranging from Jamaican patties to citizens being hassled and turned back at Trinidadian ports of entry.

Hamilton said the TOBA had approached the Fair Trading Commission to deal with the matter of Jamaican breeders not being paid breeders' bonuses when Jamaica-bred horses won in Trinidad but was told it was an issue between private bodies.

"I was told we should take the matter to the Caribbean Court of Justice, but that's a whole lot of money. TOBA doesn't have the money. I was hoping gentle suasion would work, but obviously not," he said.

"This is just another nail in the integration of the Caribbean community as it relates to the racing industry and other aspects of the economy," he argued.

Hamilton said the Trinidad breeders represent a strong lobby despite the country's inability to breed thoroughbreds to match Jamaica's.

"Trinidad and Tobago cannot breed horses as Jamaica can. They don't have the pasture or agriculture support," he said. "Still, they refuse to accept that fact and won't send their mares to Jamaica to breed. If they want to maintain mediocrity down there, let them go ahead."

He added: "However, it certainly puts a major stumbling block in our industry's path as we put forward to the Trinidadians buying our horses and paying reasonable prices."

Hamilton added that the Jamaica Racing Commission should be at the forefront of the battle against Trinidad's "underhand" moves but described the body as "a dead-ass bunch".