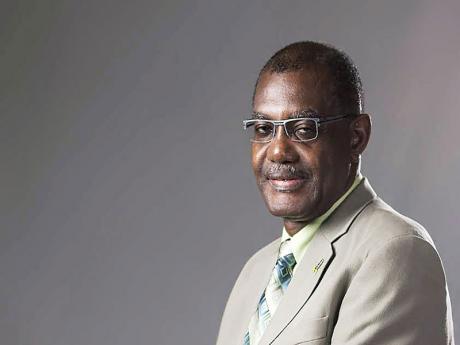 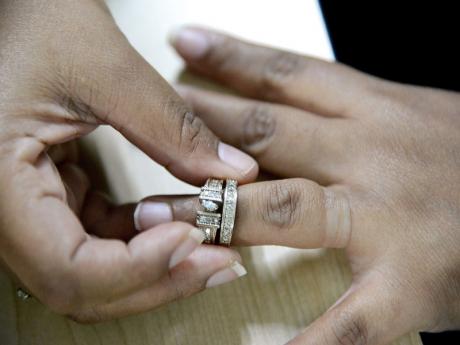 Hundreds of Jamaicans stuck in love-less marriages are finding it difficult to move on with their lives as the court system is being bogged down by the high number of petitions for divorce.

Lawyers, litigants and even judges last week expressed concern about the huge backlog of divorce petitions despite several measures implemented to speed up the process.

A check last week revealed that there is a backlog of 600 divorce petitions in the Supreme Court, with one attorney suggesting that more personnel be appointed to deal specifically with the processing of divorces, as the current system is buckling under the growing demand for this service.

Takes more than a year

Attorney-at-law Ingrid Clarke-Bennett said although it should ideally take six months or less to get a divorce, she finds that it takes more than a year in several cases. In the interim, people's lives are put on hold as they await the court's decision.

"I don't think the system was made to accommodate the breakdown of so many marriages. Perhaps at the time that we set up the system, it was not contemplated that in the future we would be having so many divorces on a constant basis," Clarke-Bennett told The Sunday Gleaner.

"But I guess we have to adjust and move forward when things change, so we need to now perhaps put in place adequate personnel to check these documents so people can get these divorces and move on with their lives," added the attorney who has been practising for 27 years.

Based on data from the Statistical Institute of Jamaica (STATIN), the number of divorces granted in Jamaica moved from 1,654 in 2008 to 2,410 in 2013. An almost 46 per cent increase in the five years. Figures for 2014 are not yet available.

One court official who acknowledged
that there is a huge backlog of divorce petitions disclosed that steps
are being taken to have the judges clear the backlog as quickly as
possible.

One of the measures implemented was that the
judges who were appointed to act last term were not reverted during the
three-week legal vacation. Instead, they were assigned to assist in the
clearing of the backlog.

"Chief Justice Zaila McCalla
is actively trying to find a way to solve the problem," said the court
official who asked not to be named.

She explained that
the judges are given between 15 and 25 divorce cases each week, in
addition to their heavy workload.

According to one of
the judges, part of the problem hindering the speedy granting of the
divorce petitions is that the lawyers make too many mistakes on the
petitions.

The judge said each time there are mistakes
on the documents they have to be sent back to the civil registry for
the lawyers representing the petitioners to correct the
mistakes.

"I must admit that some petitions have
several mistakes, and sometimes after they have been sent back for
correction they still come back with mistakes," said the judge, who
noted that while some lawyers do their work properly others do
not.

"When children are involved, the judge has to
certify that the arrangements are satisfactory. Even when the petitions
are sent back for correction, they sometimes take months to come back to
the civil registry," added the judge.

Another judge
was quick to point out that although divorce petitions were granted in
chambers, this was more time-consuming than when the divorce petitions
were granted in open court. The judge said that when there were mistakes
on documents, they could be corrected in court by just asking for an
amendment either before or during the petitioner's
testimony.

"The difficulty now is that they have to be
sent back to the lawyers for correction, and most times the corrections
are not done expeditiously," the judge
disclosed.

Checks to be made

According to the court official, before
the Matrimonial Causes Act was amendment in 2006 for divorce to be
granted in chambers, many persons were afraid to go before the court to
get their divorce.

"Now they are aware that they can
get a 'paper divorce' many persons who were separated for many years are
now filing for divorce," the court official
said.

"The filing cabinets in the divorce section are
running out of space," the court official said. "The more the judges try
to clear the backlog, it is the more the cases are coming
in."

There are at least 10 divorce cases placed on the
weekly court list to be done by a judge within two hours, but in an
effort to reduce the backlog the judges are asked to do an additional 15
cases each week during their spare time.

Divorces
petitions are granted in two parts. The decree nisi
(a document that says that the court doesn't see any reason why you
can't divorce) is granted and then six weeks later an application can be
made for the decree absolute which makes the divorce
final.

The Bench and Bar are now working together to
find other ways to speed up the
process.