Rev. Glen Archer anxious to return to his calling 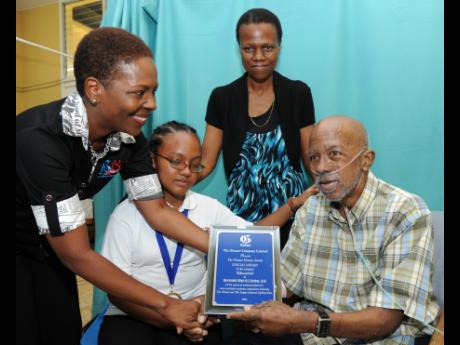 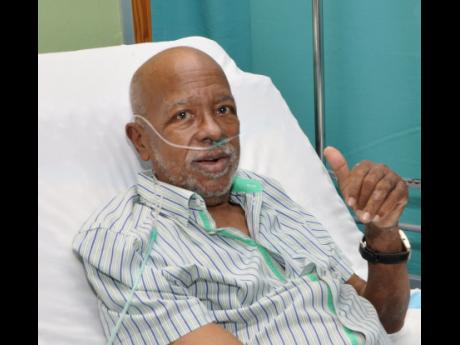 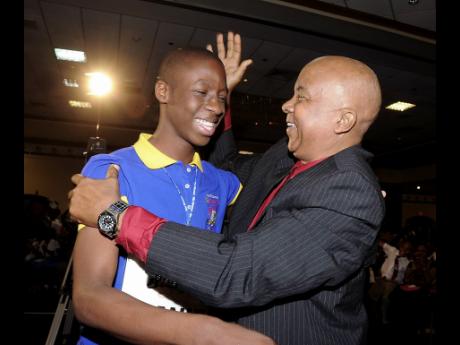 A kidney transplant or complete healing from God is the overwhelming heart's desire of Reverend Glen Archer, OD.

The award-winning, internationally acclaimed spelling coach has been hospitalised since December 9 last year, due to chronic kidney failure. He has been suffering from renal failure for the past five years, requiring dialysis two to three times per week. But late last year, after an attack of the chikungunya virus, he became gravely ill.

Speaking with The Gleaner last Thursday night from his hospital bed at the University Hospital of the West Indies, Archer was quite optimistic that one way or the other, God will come through and he will be back on his feet again.

That's a day he is greatly anticipating. Especially getting back to his role of championing young minds to greater heights.

"What I need now more than anything is a new kidney or healing from the Lord. Whichever way, I would be glad. I really would be the happiest man in the world right now to get a kidney donation, because it would put me back on my feet," he shared, adding that he was humbled by the plethora of students, well-wishers, family and friends who have visited.

"I am naturally anxious because I want to get back on my feet and get back to the work. This is what God has called me to do, obviously, or I would not have been so successful. I strongly believe in this work and am quite passionate about it."

Archer, who is expected to be discharged from the hospital in another two weeks, is now awaiting word on the results of a friend, Charles Peter, who is being tested as a possible match as a kidney donor.

"I know although I am anxious to get back out there, I also need my rest because working for 20-odd years, producing champions upon champions, one would not begin to imagine the level of work it takes," said the 61-year-old.

Demanding and meticulous, Archer has been coaching students for The Gleaner's Children's Own Spelling Bee Championship since 1986, and has produced 26 national champions. He has been hailed for his gift in finding the right formula for getting the best out of young minds.

"I feel both exhilarated and humbled. Exhilarated because you keep winning, because your programme works and it works well; and humbled because to win so many times and consistently and help children to achieve excellence is something that is always thrilling," he stated.

Although he was quite disappointed to miss the national championship last week, Archer said he had every expectation that McPherson would win.

"When the group from Gleaner came by to visit me [after the championship], I broke into tears. I couldn't help it. I really was hurt missing it. It was the first time since I started coaching that I missed a championship," he said.

He was, however, beaming with pride that his 'dolly' was crowned national champion.

"I did not see it [the finals] but I expected her to win. Sara is a wonderful little girl and she is very intelligent. She is so humble and a beautiful little girl. I call her a dolly because of how she looks, so small with her two little long things [hair] at the side," he said, laughing with delight.

"I thank God for Sara and the hard work she has put in, and God has rewarded her for her hard work. She also has very good parents, and having a good home life is very important."

The world-renowned spelling coach also expressed great pride in 17-year-old Hanif Brown, who took over the coaching reins during his illness.

"I feel so proud of Hanif standing in and carrying on while I wasn't there. He is one of my better protÈgÈs. He has stuck by me, assisted me possibly more than any champion ever. And that is significant, because you need continuity. When he saw that I was ill, he chose to help me, and while he was doing his CSEC [Caribbean Secondary Education Certificate] exams," he said.

"Hanif is going to continue to work with me, through thick and thin. He has learnt all the ropes very well."

He added, "I believe in all my children, all my champions. They are all champions in themselves."

Archer said the key to his Spelling Bee programme is training past champions as coaches, as a programme of this nature is very important in motivating Jamaica's children to achieve at high standards.

Dubbed 'Coach Midas', he said he was looking forward to preparing McPherson for the Scripps National Spelling Bee in Washington, DC, United States, scheduled for May.

He noted that beginning the preparation process early is essential, as Scripps has now got more difficult, with each participant now required to know the meaning of each word.

"The goal post has been shifted, so the work becomes even harder for them, which means the preparation process has to change. But I believe Sara's chances are as good as any," stated the spelling coach extraordinaire.

"She has humility, one of the keys in being successful. Humility is learning to be teachable, learning not to push others aside, learning to put God first, learning to listen to your coach. Those are traits that come out of every champion that people admire. People don't admire pride and narcissism," he said.

"I really do thank God for Sara and her beautiful character, and, God's willing, I am looking forward to working with her in preparation for Scripps."

The educator, who was recently awarded The Gleaner Special Honour Award for outstanding service to education in 2014, said he was also looking forward to continuing his work with The Gleaner on the Spelling Bee programme.

"I want to salute The Gleaner, because they have been stalwarts for over 50 years now in promoting a vehicle for kids to achieve, helping education and giving it a boost every year. All we need now are dedicated coaches who can give students the opportunity in this vehicle to achieve," he stated.

In the meantime 'Friends of Glen Archer', comprising family and friends, are planning a $10,000-per-plate fundraising dinner at The Jamaica Pegasus hotel on March 1. The organisers, who are hoping that Archer will be able to attend, want to raise US$25,000 to aid with his

medical expenses, including a kidney transplant.

A trained pastor with an honours degree from the Jamaica Theological Seminary, Archer is also a teacher at Ardenne High School, where he coaches their School's Challenge Quiz team.