Jamaica up against unseen forces - Bunting 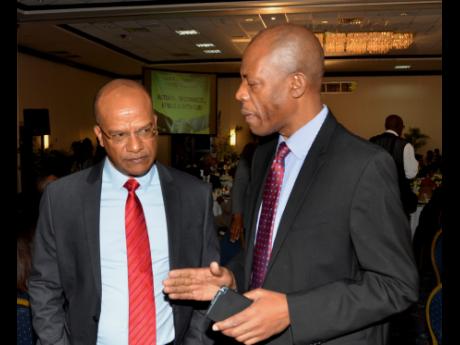 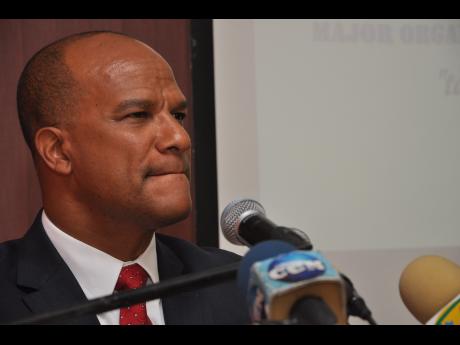 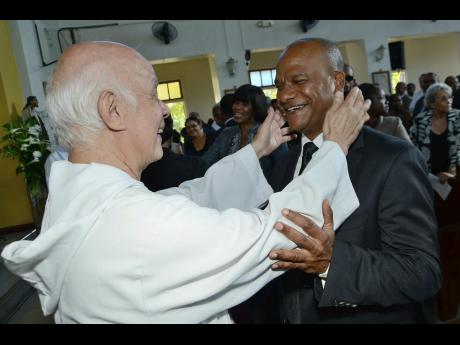 Rudolph Brown
In this file photo Father Richard HoLung greets security minister Peter Bunting, after the funeral service for his mother Pauline Bunting at the Sts. Peter and Paul Catholic Church on April 22, 2013
1
2
3

It is not that they have run out of ammunition or crime-fighting strategies, but the police have embarked on a path of divine intervention to manage crime in the east Kingston community of McIntyre Villa, where National Security Minister Peter Bunting used several Bible texts to explain to residents the demonic powers that he said the nation was up against.

"For we wrestle not against flesh and blood, but against principalities and powers," Bunting told the residents of 'Dunkirk' Saturday night during a Valentine's Day gospel concert hosted by the police. The concert was a gesture to enhance peace in a community that was torn apart by violence last year when two persons, 17-month-old Threjan Harvey and an adult, Demar McKenzie, were murdered on Valentine's Day.

The community was later plunged into depression and turmoil. Bunting recalled the empty streets, the ghost-like neighbourhood, and how fearful the residents were following the 2014 shooting. The Church was approached, and along with other agencies, their efforts have resulted in the fear factor and threat of violence disappearing.

Digging into the Bible verses again, the national security minister quoted Chronicles 7, verse 14: "If my people who are called by my name humble themselves and pray and seek My face and turn from their wicked ways, then I will hear from heaven, will forgive their sin and will heal their land."

"I believe this is what is happening in McIntyre Villa today," said Bunting, who was heavily criticised two years ago when he stressed that divine intervention was needed to address the country's simmering crime problem.

According to the Jamaica Constabulary Force (JCF) weekly crime review, up to Sunday, at least 141 murders had been reported over the past six weeks of 2015. Eighty of these killings are thought to be gang related; 36 as criminal, but not gang related; and 13 were domestic killings. There was one mob killing, while the motives for another 11 have not yet been established. The report indicated that most of the murders have taken place in the St Catherine North (19) and Clarendon (13) divisions.

The residents turned out in droves and were embraced by the police, who joined them in all-night worship. Police Commissioner Dr Carl Williams, who at one stage was observed rocking to the gospel songs, told The Gleaner: "This is something I hope will be replicated islandwide in communities impacted by violence. This is part of community policing."

Cops on the ground working

Responding to questions from The Gleaner about his plans to address the crime situation, Williams said his team was on the ground working. He promised to come up with solutions that would bring peace to communities. Recently, he has effected a number of changes to the Criminal Investigative Branch, including reassigning a number of rank-and-file and senior officers. According to reports, more transfers are expected.

Head of Area 4, Assistant Commissioner George Quallo, explained that it was a strategic move to host the gospel concert on the anniversary of the vicious killings.

"Based on past incidents, we took note that a number of reprisal killings have taken place on the anniversary of these gruesome murders. Under the Unite for Change campaign, we are reaching out to the community. We have been working in collaboration with the churches, and so far, it has been very fruitful. Though the crime is not where we want it, there has been a significant reduction in McIntyre Villa," said Quallo.

At the gospel concert, the atmosphere was filled with emotion as Woman Sergeant Susan Facey, attired in uniform on stage, had crowds stretching their hands towards the heavens, while shouting "Jesus!". Among the artistes who took part were George Nooks, Omari, and Chozenn.