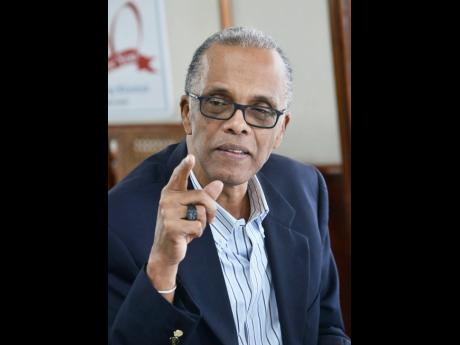 Minister with responsibility for electoral matters, Phillip Paulwell, yesterday denied suggestions that the Government is strapped for cash to pay a new political ombudsman and hence the long delay in appointing someone to the post.

Former Political Ombudsman Bishop Herro Blair demitted office in June 2013. One year and eight months later, there has been no replacement.

Lawyer and political analyst Dr Paul Ashley argued that the appointment of a political ombudsman at this time is not on the priority list of the Government, which has to be juggling resources owing to the tight strictures of the extended fund facility with the International Monetary Fund (IMF).

"I believe that if the office is there and if the office is deemed to be essential to our democratic process, then it should be properly funded. But given the financial constraints, especially in the health sector, the collection of garbage and essential supplies to the security forces, it seems that the political ombudsman is very low down on the list of priorities," Ashley asserted.

According to Ashley, the political ombudsman no longer played a central role in the conduct of elections, noting that the Peace Management Initiative now plays a significant part in the process.

However, Paulwell brushed aside claims that the political ombudsman has not been appointed because of tight spending under the IMF programme.

"We were contemplating a number of scenarios, one raised by Mr (Everald) Warmington that there wasn't the need for a political ombudsman and that we should probably use the ECJ (Electoral Commission of Jamaica) commissioners.

However, he said the Government had subsequently shifted its position and decided to appoint a political ombudsman. "We just have not been able to settle on it. I will tell you, there will be in place before any future elections, the political ombudsman."

South West St Catherine Member of Parliament Everald Warmington has consistently called for the Office of the Political Ombudsman to be scrapped, contending that it had outlived its relevance.

The remuneration of a political ombudsman is approximately $8 million.