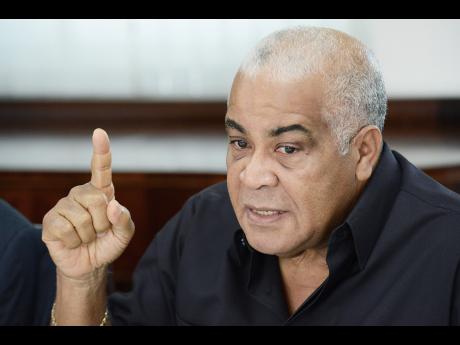 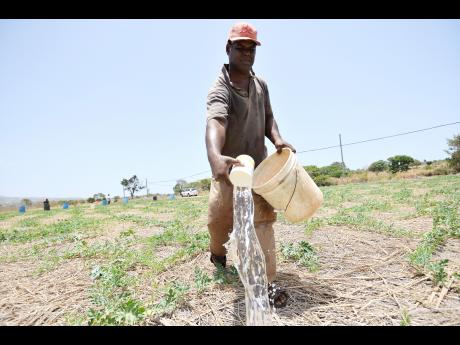 With AN extended dry spell projected for 2015, the Government is moving to prevent a recurrence of last year's devastating impact of drought on the economy, in general, and the agriculture sector, in particular, when it spent at least $50 million trucking water to affected communities.

Jamaica paid dearly in 2014, the hottest year on record, with schools coming under threat of closure because of the water shortage. But Environment Minister Robert Pickersgill says this time around, the administration is being proactive with a tank and pump programme.

"I am told by the Met office that the predictions are that this year might not be all that different, and so we have embarked on a tank and pump programme. We will use solar pumps that will make the electricity cheaper," he disclosed during a Gleaner Editors' Forum at its North Street headquarters recently.

Under the national tank and pump programme, the Government will also seek to repair and put back into commission more than 800 public tanks owned and operated by the parish councils and National Water Commission (NWC). Privately owned tanks, as well as public catchment and wayside tanks, are also targeted under a major rainwater-harvesting plan to increase the volume of water captured and retained to offset the impact of any extended dry spell.

Pickersgill said the Government is committed to helping owners of private catchment facilities to get them back in working condition in the national interest.

"Several homes in Jamaica, they have the tanks at the back and they just lock down because everybody wants piped, potable water, which is not cheap. So we are going to be helping those people refurbish the tanks and, in the initial period, we are going to purchase some more black tanks to help," he said, though not putting a figure on the overall projected cost of the venture.

The minister also expressed concern about the amount of rainwater that runs to waste, as well as the continued pollution of underground water in the Corporate Area.

Another option being explored by the Government to help ease further water shortages is the purification of water from the sewage that goes to the Soapberry Sewage Treatment Plant, located in Ferry, St Catherine.

And while that solution is still some way off from becoming a reality, with the potential for at least 11 million gallons of the precious fluid recycled each day, Pickersgill thinks this option could provide water for the agriculture sector, with the sugar cane industry a primary beneficiary.