Who's smuggling guns into Jamaica? 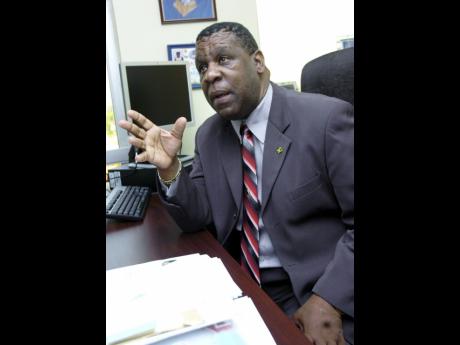 Despite successful strategic efforts in removing hundreds of illegal guns every year from the streets of Jamaica, police investigators are still facing an uphill task in tracing overseas sources directly responsible for smuggling them into the island.

"We've been having limited success in tracing these sources, even though we have gone through the Bureau of Alcohol, Tobacco, Firearms and Explosives (ATF). We have not been able to make that connection. We might know where the firearm originated from, but are unable to make the connection with the initial source," Ealan Powell, the assistant commissioner in charge of crime, disclosed on Tuesday during an interview with The Gleaner.

Last year, the lawmen seized 614 illegal guns and 9,063 assorted rounds of ammunition. Since January, close to 95 of these weapons had been removed from the streets. According to police records, of the 141 murders reported up to Sunday, 106 of the victims were killed by the gun.

"When you see one gun being involved in at least 20 murders, travelling across the country, probably that gun is a rental," argued Powell.

Responding to questions about the plans that the police have to make Jamaica safer, the assistant commissioner pointed to the anti-gang legislation.

"One of things we want to be able to do is to use the recently enacted anti-gang legislation to greater effect. It is a powerful legislation [which] covers not only the man who pulls the trigger, but also those who conspire with him," said Powell. "Our focus will also be on improving the quality of our investigation, moving swiftly to ensure that we are not only putting criminals before the courts, but also putting the guilty ones behind bars," he further stressed.

While there are nearly 200 active gangs responsible for the bloodletting in the country, ACP Powell said there has been a decrease in the level of organised crime. He also urged corporate Jamaica to invest in surveillance cameras for their business places.

"With drones, we will be able to monitor behaviour and public spaces, but I believe that corporate Jamaica should invest more in cameras. We have come a far way in crime scene management. We now have quite a number of specially trained officers in the JCF who have made a significant impact on crime scene management, especially when we look at some major cases, which we used technology to solved. We have really come a far way," said Powell.

According to the senior officer, the age cohort 18-35 was the most prominent group involved not only in the killings, but being killed also. He described this group as most vulnerable.

"In respect to the gangs, we have disabled some of them (by) taking away their guns and arresting the members. Unfortunately, some have been killed. While some of these gangs have gone dormant and others obsolete, you will still find one or two being formed. Over the last three to five years, we have dealt a severe blow to gangs, though it is not enough. It is still a major concern," the assistant commissioner said.