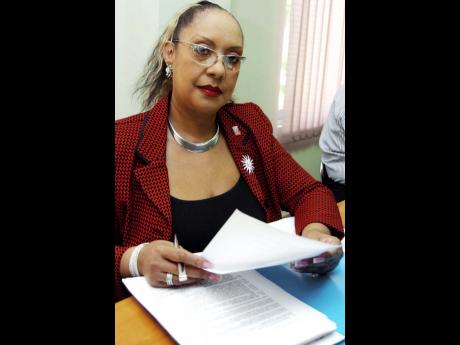 There have been 14 notifications of chikungunya (chik-V)-related deaths to the Ministry of Health. Two were confirmed positive, one confirmed negative, and the others remain under investigation.

This was revealed by the health ministry yesterday following a report in The Gleaner on growing public concerns about chik-V-related deaths. Doctors and the public have been reporting that a considerable number of persons have died after contracting chik-V then developing complications due to pre-existing medical conditions.

An emailed statement from the ministry to The Gleaner stated: "As at February 18, 2015, 4,979 [chik-V] notifications were received and processed by the National Surveillance Unit (NSU). Suspected cases have been reported to the NSU with dates of onset of symptoms in epidemiological week (EW) six (week ending February 21, 2015). As at 19 February 2015, 14 notifications of chikungunya-related deaths were received and are being processed by the National Surveillance Unit. Two were confirmed positive, one has been confirmed negative. The others remain under investigation."

The public has been expressing concern that the ministry has not been revealing the true data on the impact of chik-V, which has rocked Jamaica over the last eight months.

Yesterday, The Gleaner published several questions that were posed to the health ministry on the issue by Charlene Wilson, a concerned citizen who revealed that she was personally affected by several chik-V-related deaths.

In a media release, acting Chief Medical Officer in the Ministry of Health Dr Marion Bullock Ducasse said the ministry was aware of reports in the press indicating that persons had died of chik-V.

"The cause of death would have to be looked at. Some people may have had a chronic illness, and chik-V would cause more severe symptoms, but not necessarily cause their death," she noted.

"We have to be very careful in not giving the impression that everybody who has had chik-V, whether suspected or confirmed and has died, that it is due to chik-V. The ministry can assist in terms of investigation and helping to clarify exactly what the cause of death was."

Bullock Ducasse said the ministry continued to remind the public that persons who are in certain groups are at risk for more severe complications. These, she reiterated, include children, the elderly, and those with underlying conditions, particularly persons with chronic diseases such as diabetes, hypertension or asthma.

Bullock Ducasse said of the 4,979 notifications of chik-V the ministry received, which meants that doctors submitted this information, 1,670 met the case definition.

"It is important to note that the suspected cases are from those reported and that it is evident that the majority of cases have not been reported to the ministry, bearing in mind that persons who are ill and do not seek medical attention cannot be included in the ministry figures.

"Those figures include those notified, then reviewed to see if they meet the case definition of chik-V, and that is the number that is used to denote the suspected cases," she stated.

"If a person sees a doctor, but the case is not reported, the ministry cannot count it. This holds true for every disease outbreak."

The ministry, in collaboration with health researchers nationally and regionally, has commenced research to characterise the chikungunya fever outbreak in Jamaica.

One of the key deliverables of the group is to develop guidelines for the management of chikungunya fever specific to Jamaica.

Chik-v will now be endemic in Jamaica, which means cases could develop from time to time.

The Pan American Health Organisation (PAHO) is reporting that up to February 20, there were approximately 1.2 million suspected cases of chik-V in the Caribbean and the Americas and 183 deaths.