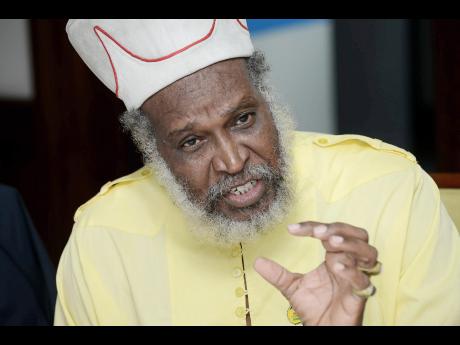 Prominent criminal defence attorney Michael Lorne last night maintained his innocence, hours after he was arrested by the police on fraud-related charges.

"They really were not doing any investigations or anything like that. They just wanted to arrest and charge ...," Lorne said of police investigators.

The Fraud Squad unit of the Counter Terrorism and Organised Crime Division (C-TOC) revealed that Lorne has been charged with forgery and fraudulent conversion.

Scheduled to appear in the Corporate Area Resident Magistrate's Court tomorrow, Lorne has indicated he will opt out of further participation in the proceedings of the West Kingston Commission of Enquiry.

According to Fraud Squad investigators, the allegations centre around the sale of a house in the east Kingston community of Rockfort.

One investigator revealed that the house, which is jointly owned by siblings who reside overseas, was sold for $6 million in 2011.

However, the investigator said one of the siblings complained that she did not get the $3 million she was entitled to from the sale of the house.

Further, the investigator said the woman complained that a document giving effect to the sale was submitted to the Titles Office with a signature purported to be hers and was witnessed and stamped by Lorne.

However, according to the investigator, the woman has insisted that she never signed any document giving effect to the sale of the house.

But responding to the allegations, the attorney said after the required payments were deducted from the sale of the house, only $4 million remained.

Of this amount he said $3.5 million was paid to the woman's brother who resides in the United Kingdom.

"She said she wanted the same amount that I gave her brother, which I said I couldn't do. The most I could do is give her the rest and a lawyer took a cheque to her (in that amount) and she said 'no'," Lorne sought to explain.

He said her claim that she never signed any document is also not true.

"The matter has been placed before the court and we hope that when the day comes we will be vindicated," Lorne insisted.