Look out for depression ahead of GSAT, CSEC 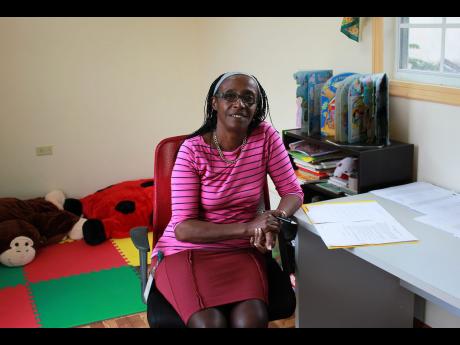 A St Mary-based mental health expert is urging parents and schoolteachers across the island to look out for any signs of depression and stress in children who are preparing for their Grade Six Achievement Test (GSAT) or Caribbean Secondary Education Certificate (CSEC) examinations over the next three months.

According to Hyacinth Samuels, North East Regional Health Authority's chief coordinator for child and adolescent mental health services, during the Easter and summer school terms, the fear of failing exams and upsetting their parents leads an increasing number of children into depression.

Disturbingly, Samuels believes most of these cases remain undiagnosed because few adults are aware of the problem, and young people are reluctant to express their concerns to parents and educators.

Speaking from her office at Port Maria Hospital, Samuels told The Gleaner: "We place a lot of emphasis on exams and, subsequently, our children are getting really anxious about them."

She added: "We find that between March and June, referrals for depression and rates of suicidal and depressive thoughts go up because that's when children are swatting for their GSATs and CSECs.

"I believe Jamaican children want to please, so even if they are struggling, they are not going to tell mum and dad they are unhappy because they know their parents are sacrificing everything for them to go to school.

"When the child gets five CSECs instead of the 10 they were expecting, some run away from home and others do all sorts of stuff. This issue is one of our biggest problems and (it is) something that needs to change."

Samuels spent 20 years working in mental health in Birmingham, England, before returning to Jamaica where, in 2005, she helped establish a free and easily accessible service for young people under the age of 19 years old throughout St Mary, St Ann and Portland.

The 62-year-old assessor noted that during the seven years up to 2012, the number of children utilising the service each year doubled to 10,000 and that she believed this figure would increase rapidly over the next few years, unless a radical, new approach to mental health is adopted.

"Adults find it difficult to accept depression in other adults, never mind in young people, but it's essential we get our culture to accept that children get depressed," explained Samuels.

"Jamaican children have challenges that young people in Canada, American and England don't. Things like no running water; walking miles to and from school; and pressure to pass exams.

"Here, there is a great drive for children to pass exams and it's common to see them pass 10 or more CSECs, whereas in England, you're lucky if students get five GCSEs (General Certificate of Secondary Education ).

She added: "There really needs to be a little bit of a shift [in attitudes] because depression is becoming more prevalent, and we are getting more children self-harming, overdosing and attempting suicide.

"If a man dies on Saturday, his child is expected to go to school and study on Monday morning. That child may sit in the class looking very attentive, but when the bad grades come at the end of the year, the adults cannot understand what has gone wrong and send them to us.

"It's a really sad situation: very young children who just want to die because they feel they let their parents down by not passing exams."

This year's sitting of the GSAT exams will take place on March 19-20, while CSEC starts April 17 and ends June 12