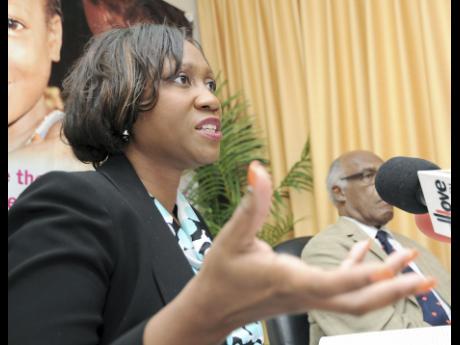 The Office of the Children's Advocate (OCA), the agency mandated to safeguard the rights and well being of children in Jamaica, is reporting a disturbing development in the church - that of reports of sexual abuse against children by senior members of the clergy.

Asked what steps are being made by the OCA to crack down on the perpetrators of these alleged sexual crimes, Gordon Harrison said once the report seems credible and warrants an investigation, her agency conducts a probe.

However, the children's advocate indicated that her office required alleged victims to submit recorded statements and such individuals are not willing to go all the way.

"The challenge that we have sometimes is that if you have people who are willing to disclose things and make a report, but not flesh it out, so that we can have statements recorded and people being held accountable, then sometimes it falters. Because unless you have credible statements then you cannot have a file that relates to any charge," she said.

However, a tough-talking Gordon Harrison made it clear that from the OCA's perspective, "once that information is received, it doesn't matter who the person is, the investigation is going to be conducted".

Quizzed about why the alleged victims are reluctant to complete the process that would lead to charges against men of the cloth, who allegedly sexually abuse children, the children's advocate explained that "sometimes there is empathy with the wrongdoer and a power dynamic whereby persons may think that if he is alleged to have done this to me, who is going to believe me over him."

She also pointed out that "if the family is of modest means, both socially, educationally and financially, sometimes they do not bother because of 'who we are compared with and who they are'".

In an earlier presentation at the inaugural Fraud and Anti-Corruption Conference 2015, the children's advocate acknowledged that children suffer daily in Jamaica as victims of crime. "Children are being robbed, raped and murdered. They are being abused in homes, in communities, in schools, in the church, and so it is common knowledge that children are victims," she said.

The Reverend Dr Howard Gregory, Lord Bishop of Jamaica and the Cayman Islands, who also made a presentation at the conference, said there were signs of not only moral decay but moral depravity in the society. "We are now preying on the most vulnerable members of our society and the children have become the targets."

At the same time, Gregory said there were young people in schools and across the country who were getting involved in prostitution and human trafficking because of the "lure of goodies which come with a price".

He said corruption and the promotion of ethical standards were issues the society must face.