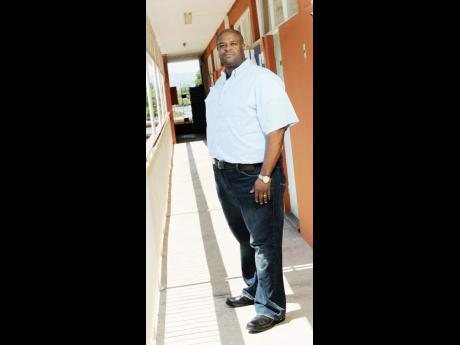 Jamaicans are not looking forward to inking their fingers on the same day at polling stations for their choice of members of parliament and parish councillor.

Fresh studies have prompted researchers to emphasise an urgent need for the political directorate to tackle the issue of voter apathy instead of focusing on holding general and local government elections on the same day.

Research has found that what really matters to many Jamaicans is that the People's National Party and the opposition Jamaica Labour Party make necessary adjustments to ensure that electors are authentic parts of the process.

"I can see the value of doing both activities at the same time, especially as it relates to efficiency and, possibly, savings for the EOJ (Electoral Office of Jamaica) and increasingly apathetic persons not having to participate in a ritual twice," said Dr Lloyd Waller, head of the Department of Government at the University of the West Indies (UWI).

Waller, however, stressed that the system must conduct adequate research to ensure that no Jamaican is disenfranchised.

voters out of loop

The studies found that for many, it is not the day on which they vote for either candidate but an apathetic governance system that has left voters out of the loop.

"The Department of Govern-ment is particularly concerned about the problem of political apathy and political efficacy, especially among the youth," said Waller.

"This is evidenced by the voter turnout in the last general and local government elections, as well as two studies recently conducted by the Centre for Leadership and Governance regarding political behaviour among the youth," added Waller.

The Dorothy Pine McLarthy-chaired Electoral Commission of Jamaica (ECJ) has cautiously signalled that it has found favour with the holding of local government and general elections on the same day. But Director of Elections Orette Fisher has also cautioned that changes would have to be made to the electoral system.

Research carried out by Waller has found that Jamaicans are demanding more say in governance over all else.

Waller suggested that additional research is needed on the proposal for same-day voting of MPs and councillors.

"Creating all of these systems to facilitate voting is one thing, but people actually need to come out and vote," he argued.

"Even if resources and the technology are available, we need to ensure that we do enough research to ensure that Electoral Office of Jamaica has the capacity to ensure such as a project," added Waller.

Forty-seven per cent of the electorate stayed away in December 2011, with the ECJ recording voter turnout of only 53.17 per cent.

Waller said research carried out by his team at the UWI in June and November 2014, found that Jamaicans are growing more weary with the governance process.

"I found that political apathy and efficacy in the sense that people feel that their voice do not count ... as well as issues relating to a lack of faith and trust in Government," said Waller.

He told The Gleaner that another research will be carried out in June 2015, after which the results will be collated for public consumption.

"We are in the process of developing a national progamme called 'I-vote Jamaica' to address this problem."

Waller said that I-vote Jamaica will seek to engage young people about the importance of participation for democracy and development, as well as to strengthen their participation and engagement capacities.

"The programme will utilise face-to-face interactions in homes, schools, offices and social spaces as well as traditional and new media," he said.

Waller disclosed that it will be a youth-led, youth-driven programme coordinated and implemented by the Department of Government staff and, more important, graduate and undergraduate students.

"We are currently in discussions with possible funding partners," he added.