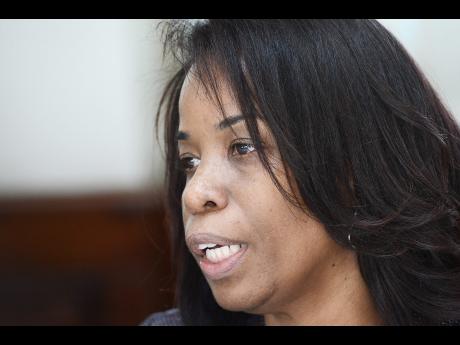 Jamaica is to introduce legislation that will make it mandatory for manufacturers/distributors of specific categories of electronic products to the domestic market, to put in places systems to facilitate safe and proper recovery and disposal of related wastes such as old cellular phones and other gadgets.

The new Chemical E-Waste Project to be launched this month by the Ministry of Water, Land, Environment and Climate Change will allow for the monitoring and tracking of how chemicals which pose potentially serious environmental and health risks are used and discarded.

Gillian Guthrie, senior director in the ministry told The Gleaner that the project is in response to the fact that there is no comprehensive plan or legislative framework to address these concerns. She explained that funding for the research to inform the legislation as well as the launch will be provided by a US$250,000 grant from The Quick Start Programme Trust Fund to fill the many gaps that exist.

Gaps in the Pesticides Act are among the issues that will be addressed in this upgraded comprehensive legislation.

including industrial and other forms of chemicals. I believe that it is extremely important that the country is able to track chemical use and create an emergency response plan."

On the issue of cellular phones, the ministry has been fielding more questions from the public about the safe way of disposing of the growing number of handsets which are discarded due to the rapid advances in technology which is fast rendering many of them obsolete in a very short time.

"Where we are going now is drafting of the 'Take Back' legislation, which will ensure that persons who put these products on the market will be mandated to recover them because the responsibility cannot rest with the government alone," the senior director told The Gleaner.

"We have millions of handsets on the market and what we are hoping for is that LIME and Digicel or anyone else who puts telephones on the market will partner with us to have these phones and accessories collected, recycled or disposed of in the right way," she said.

Both LIME and Digicel have welcomed the new initiative, noting that the objectives fall within their corporate policies.

"Digicel commends the ministry for embarking on this very important initiative of sensitising the public of the importance of proper phone disposal and recovery," Jacqui Burrell-Clarke, public relations manager for Digicel told The Gleaner. "This aligns well with our very own mobile phone recycled programme which we launched in 2009. Recycled bins were placed in Digicel stores across the island to collect mobile phones, which to date totals over 30,000.

"As a corporate responsible brand, Digicel looks forward to throwing our full support behind the Government to ensure the success of this programme," she added.

LIME was just as supportive with Corporate Communication Manager Elon Parkinson declaring that anything to save the environment is welcomed and they have made some progress in this regard.

"We want to put it on record that LIME loves the earth, and in fact, we think this legislation should have been in place a long time ago. We do have a programme in place, but I would have to admit it's a fairly successful endeavour thus far," he disclosed.