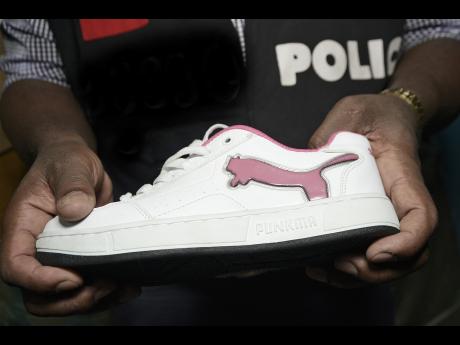 The knock-off of the Puma brand, which the makers call Punkma. 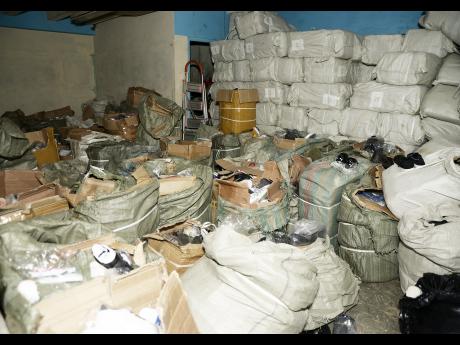 A section of the store at 88 Orange street, downtown Kingston, from which a police operation uncovered thousands of counterfeit shoes on Tuesday. 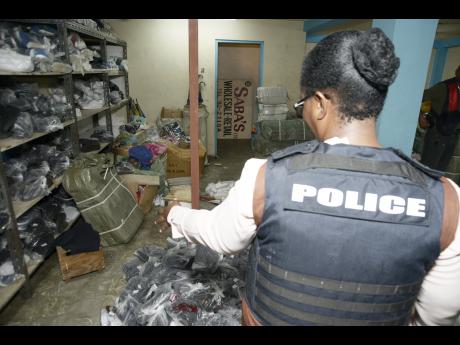 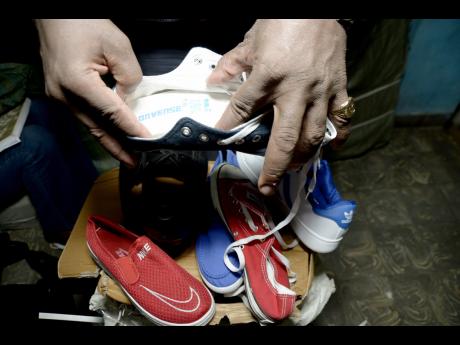 Some of the fake uncovered during a police operation at 88 Orange Street, downtown Kingston, on Tuesday.
1
2
3
4

A Chinese, 41-year-old businessman, Lan Yan, has been charged with breaches of the Trademark Copyright Act in connection with the seizure of $50-million worth of fake name-brand footwear, seized at Kay's Superstore, 88 Orange Street, downtown Kingston, on Tuesday.

The fake shoes were seized during a joint operation by a Contraband Enforcement Team from Jamaica Customs and a unit from the Counter-Terrorism and Organised Crime (C-TOC) branch of the Jamaica Constabulary Force (JFC).

Lan Yan, who is one of two Chinese taken into custody, was granted station bail in the sum of $300,000 and is booked to face

Acting Deputy Superintendent of Police (DSP) Clarence Bailey told The Gleaner that thousands of pairs of knock-off Clarks, Nike, Puma, adidas, Vans, Polo, All Star and Levi footwear were seized during 'Operation Maya', a series of simultaneous coordinated operations being carried out in the Caribbean, South America, and North America, to clamp down on illicit, counterfeit and un-customed goods.

Piles of boxes of the counterfeit shoes were found in an upstairs storeroom, while hundreds of pairs were stacked on display shelves downstairs, where a few Chinese sat around, while the police and customs officers went about their duties.

Patrons were turned away from the store on Tuesday with the explanation that it was closed temporarily. Since then, Customs and the JCF have padlocked and sealed the building, which has the number 88 written atop the door but no name or other identification wording affixed, effectively closing down the business, pending the outcome of the court case.

Meanwhile, Acting DSP Bailey has warned that more of such raids will follow but declined to provide any operational details or a timeline. He used the occasion to appeal to the public to stop buying counterfeit items, pointing out that the money is being used to fund organised crime.

Last year, the police seized some $465 million worth of counterfeit goods in the separate raids over a three-day period in the parishes of St Mary, St Catherine, and Kingston, which included two truckloads of fake Clarks shoes, bootleg rum, fake pharmaceuticals and medical supplies and a quantity of compact discs (CDs) and digital video discs (DVDs).

An inventory of the contraband goods then showed 1,857 pairs of fake Clarks shoes valued at $13.5 million and 4.5 million CDs and DVDs valued at $450 million. Four men were charged then with breaches of the Trademark Copyright Act.

Deputy Superintendent of Police Carl Berry had charged then that proceeds from the sale of counterfeit compact discs and DVDs eventually end up in the hands of transnational criminal organisations.