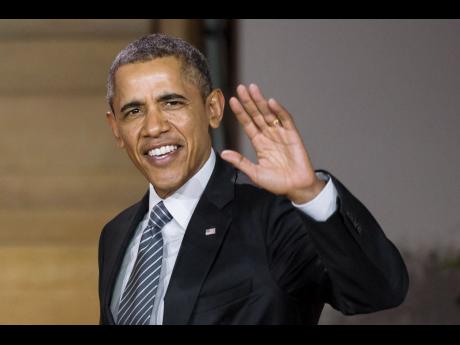 A massive security blanket coordinated by local and American law-enforcement officials will cover United States President Barack Obama during his visit to the island next month.

Assistant Commissioner of Police Danny Graham, of the Protective Services Division, told The Sunday Gleaner that local law-enforcement officials are having meetings with US Secret Service agents in preparation for the visit.

With details of the visit still being worked out, Graham, who is regarded as one of the country's top intelligence officers and who is well experienced in close protection and conference security, indicated that he was unable to say how long Obama will be in the island.

"The planning which involves the US Secret Service, the JCF (Jamaica Constabulary Force) and the Jamaica Defence Force has been going very well. We have been looking at a number of things, but as a country, we are prepared for this," said Graham.

According to Graham, this could be one of the most challenging assignments for the country's security forces.

"But Jamaica has the capacity to collaborate with the Secret Service to provide adequate security for the US president," added Graham, who served as the staff officer for former Police Commissioner Lucius Thomas.

Prime Minister Portia Simpson Miller announced Obama's visit to the island during an address to the House of Representatives last Tuesday.

Counselor for Public Affairs at the US Embassy in Kingston, Joshua Polacheck, has since indicated that while the schedule for the visit has not been finalised, it has already been determined that Obama will have talks with Simpson Miller, a meeting with CARICOM leaders and a youth forum.

According to Polacheck, a team from Washington was in the island last Tuesday as part of the planning for the visit.

Obama and the CARICOM Heads of Government are expected to leave Jamaica for Panama where they will participate in the Sixth Summit of the Americas.