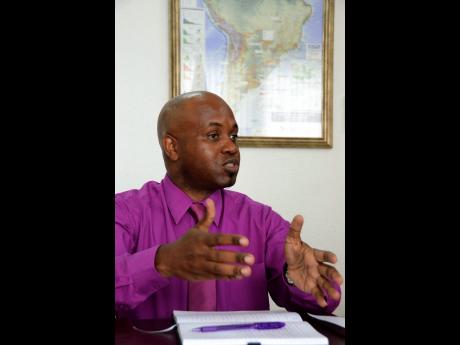 Tullow Oil, the United Kingdom (UK)-based company that was selected by the Petroleum Corporation of Jamaica (PCJ) to carry out oil exploration in several offshore blocks in Jamaica, has been reeling from the fall in the price of oil.

Tullow's 2014 financial report, posted on its website, indicate that the company has taken a $2.2-billion hit as a result of the collapse in oil prices and has cut its exploration budget significantly.

The company last year announced an exploration budget of $1 billion. That amount has been slashed to $200 million.

Tullow has also revealed that it would be pulling out of several exploration deals that it had entered into.

These changes in the company's financial position are, however, not a concern for the PCJ.

In an exclusive interview with The Gleaner, Brian Richardson, oil and gas manager at the PCJ, expressed confidence in Tullow's ability to carry out the explorations despite the financial fallout it has experienced.

"From the PCJ's point of view, understanding that oil prices are depressed globally, we don't believe that there will be an issue with the exploration programme at least over the next couple of months," he said.

Richardson also indicated that the production sharing agreement (PSA) signed between Tullow and the PCJ demands that Tullow follows through on the programme of exploration.

"We don't see an issue because the contract says they must do it, and we will ensure that they do it and if they don't, there are penalties that apply."

Tullow Oil has since affirmed its commitment to carry out the explorations.

In an email response to The Gleaner, head of media relations at Tullow, George Cazenove, said the situation has not changed and pointed to a commitment statement outlined in Tullow's year-end financial report.

"The work programme hasn't started yet. As I say, it's still very early days," he said.