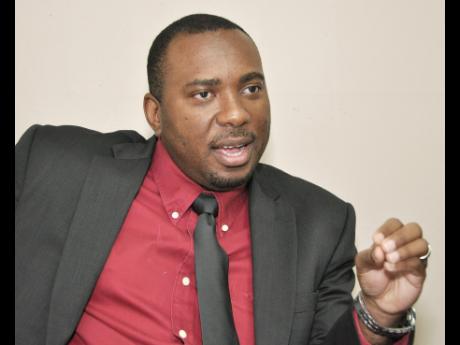 Utilising its powers under the Public Health Act, the Ministry of Health is taking the Ministry of Local Government to court to get it to once and for all fix the problems at the Riverton City disposal site in St Andrew.

In a move that is considered the first of its kind in recent history, where one government ministry is taking legal action against another, permanent secretary in the Ministry of Health, Dr Kevin Harvey, said the action was necessary to get the relevant arms of the state to enforce the critical requirements and spare Jamaicans from further public health crisis as a result of the disposal site.

A considerable portion of the disposal site was reportedly set on fire by arsonists on March 11, posing what the health ministry deemed "a significant public health issue", that affected at least four parishes with billows of smoke polluted with hazardous substance.

Harvey said the Public Health Act gave his ministry such authority because the recent events at the disposal site were presenting a nuisance to the public, and posed a threat to public health.

"We have served the permanent secretary in the Ministry of Local Government a summons to appear in court, because we are moving to try and enforce whatever regulations we have to ensure that management of the dump is improving, in terms of the licences, etc, that are issues by NEPA (National Environment and Planning Agency)," Harvey told The Gleaner/Power 106 newsroom yesterday.

"Because Riverton City falls in the South East Regional Health Authority, those who actually issued the notices were the medical officers of health for the particular parish where the nuisance exists. Under the Public Health Act, they would have first issued a notice for compliance, giving some time, and following failure to rectify or clarify the nuisance, then they would have moved on to other steps."

The first notice, he said, was filed on March 13, two days after the fire started at the dump.

"Our responsibility is to the public, and we have to look at a couple of things going forward. The Riverton City dump needs to be managed as an appropriate landfill, which means it must be managed, covered, compacted and secured in a way that these kinds of fires are not likely to happen. And even though they can happen, we have been having these quite frequently now and this one is very extensive," he said.

Harvey added: "I can't remember in recent history that we have gone this far, but I don't think we have ever had a fire this bad as well. We really need to get to a stage where we are managing the landfill in a more adequate fashion."

This development comes on the heels of the Office of the Public Defender summoning chief executive officer of NEPA, Peter Knight, to its offices, as it pursues its own legal remedies for those affected by the smoke.

The last figure from the health ministry showed that 842 persons had reported to health centres as a result of effects from the smoke, which an air quality report this week revealed contained cancer-causing substances.

Following the disclosure, Local Government Minister Noel Arscott expressed displeasure at the action being filed against his ministry, and promised to respond to it with appropriate action.