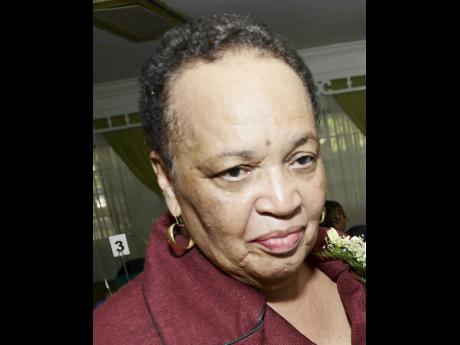 Barbara Gloudon has hosted her last 'Hotline' programme after 28 years on the RJR daytime call-in show.

Signs of turmoil with 'Hotline' began to emerge recently when Gloudon unexpectedly walked off the live programme in early February. She later revealed that the incident was due to "some challenges", and having settled those, she returned to the programme the following day.

However, just seven weeks later, her employer, RJR, confirmed that Gloudon's Friday presentation would be her last.

In a telephone interview with Gloudon shortly after her last appearance as host of 'Hotline', she was reluctant to divulge details of the departure, simply saying that her experience at 'Hotline' was enjoyable.

"As I said today on air, I enjoyed working with 'Hotline'," Gloudon said.

The talk-show host, however, remained tight-lipped when further details were requested surrounding her departure from the show, which she co-hosted with Clive Mullings and Dr Orville Taylor.

"I wish I could say more, but let the company comment," Gloudon said.

In an email distributed to staff yesterday, RJR confirmed Gloudon's departure, hailed her as a "creative genius", and expressed thanks for her service to the nation.

"This brings to a close one chapter of her association with RJR 94FM, which she embarked on some three decades ago," the email stated.

It continued: "We wish to place on record our sincere appreciation for her service to the nation via the 'Hotline' programme even as we look forward to engaging with her in other capacities moving forward."

The statement clarified that Gloudon's separation was not from RJR as she will remain host of a Sunday afternoon show on RJR 94FM.