Report: Sexual attacks on the rise in St Mary 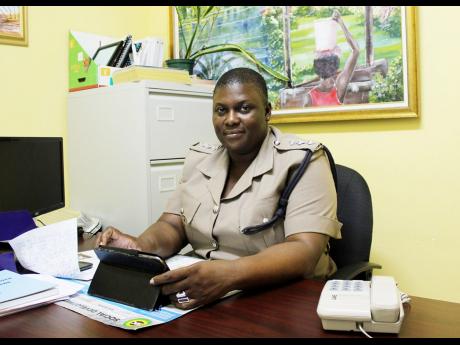 Sexual offences committed against young girls in St Mary increased by 140 per cent during the first two months of 2015 compared to the same period last year, new police figures have revealed.

According to data released by the Centre for the Investigation of Sexual Offences and Child Abuse (CISOCA), in January and February last year, 10 girls under 16 years old were the victims of sexual attacks in St Mary, compared with 24 similar cases recorded since the beginning of this year.

While the statistics suggest St Mary is experiencing a dramatic upsurge with an average of three sex crimes being committed against young females in the parish every week, Lorraine Elliston, deputy superintendent in charge of the local police's Community Safety and Security Branch, said the increase is largely caused by improved intervention strategies.

Elliston told The Gleaner: "Historically, people in St Mary don't report sexual offences, but in the 12 months up to last December, we saw an increase in the number of these crimes being reported and believe this is because of the high level of sensitising that we have done.

"We are acutely aware of the violence that is being meted out to children, especially girls, and have been sensitising children and adults so they do not feel afraid to come forward to report these offences to CISOCA.

"We have a Safe Schools coordinator [Lasco's Cop of the Year 2014], Sergeant Hodel Harris, who has developed a series of successful programmes that have us going into schools throughout the year.

"The children are targeted with quizzes and debating and Spelling Bee competitions, and we interact and give them information to share with other students about how to protect themselves.

"Additionally, since the start of the year, CISOCA has delivered a lecture at a primary school and programmes in three high schools to sensitise students about sexual offences and provide them with contact numbers."

Elliston insists that despite the rise in figures, child protection remains one of her team's top priorities, and notes the parish has an impressive clear-up rate for sexual offences, with close to 80 per cent of reported incidents leading to an arrest and court hearing.

She said: "Our public education programme also targets certain adult groups who have close interactions with children. We have already met and spoken to some of them because we don't expect the people in our society who interact with children to become predators. We expect them to take care of our children when parents and teachers are not around."

For more information or to report a crime, call 994-2364 or email registry.stmary@jcf.gov.jm.