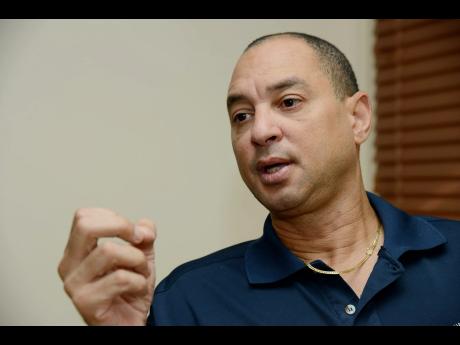 "I recommend strongly that the Government of Jamaica revert to the Junior Stock Exchange's original incentive scheme, so that small businesses can grow."

Those were the words of GraceKennedy Group CEO Don Wehby as he addressed a gathering at the launch of Professor Densil Williams' book, Competing Against Multinationals in Emerging Markets - Case Studies of SMEs in the Manufacturing Sector, on Monday night at the Mona School of Business, University of the West Indies.

Using the Vision 2030 manufacturing sector plan as his backdrop, Wehby traced Jamaica's manufacturing history from the 1940s, noting that the manufacturing sector was now experiencing slow or no growth, much to the disadvantage of the nation and the economy. He examined the vision for the sector, outlining some of the main challenges and putting forward some solutions.

Among the main challenges noted by Wehby were the necessity of proper training for skilled labour, competitive cost of inputs, including electricity, the exploration of linkages within the sector and access to financing.

According to Wehby, the latter was the main challenge for most businesses, especially small and medium-size enterprises.

"I saw that coming a long time ago and tried to do something about it," he said, speaking of the Junior Market, which he was instrumental in starting during his tenure in government. The Junior Market, Wehby said, had served as a "game-changer", with 25 companies listing since it was launched in 2009, with some $3.4 billion raised.

He further noted that since Government had announced changes to the JSE, only two companies had listed, a situation he described as "more than a little unfortunate".

"The companies currently listed are benefiting not only from much-needed capital, but also from tax breaks, which can only help them as they grow their businesses. The listing also helps them in that each listed company is appointed a mentor with sound business experience to assist its board. That mentor assists in areas of compliance and governance, including the discipline of producing timely and accurate financial reports. That kind of discipline is critical to the success of any business," he said.

Wehby also said the manufacturing sector needed to explore other solutions and innovations to advance, such as renewable energy and solar power.

Adding that "we would also welcome any special incentives that could help to encourage growth in the sector", he pointed to South Africa's Skills Support Programme (SSP), which was introduced in 2005 to enhance its supply of skilled labour, with the ultimate aim of improving competitive activities in all sectors of the economy.

The group CEO encouraged linkages within the sector as well, from which he said everyone would benefit.

To that end, he commended Minister of Tourism and Entertainment Dr Wykeham McNeill for progress made in that area through innovative approaches like the recent Tourism Linkages Speed Networking Event.

He urged those present to take advantage of the powerful Brand Jamaica, and use it to country's benefit.