Canadian Company To Tap Into Jamaica for Medicinal Cannabis Supply 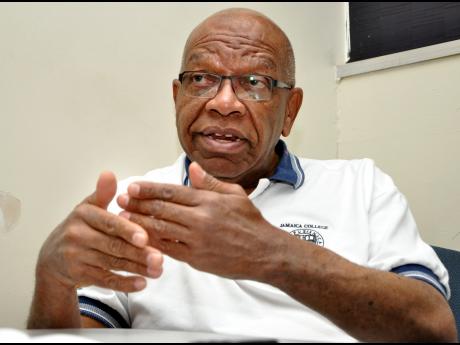 Jermaine Barnaby
Raymond Grant, marketing director of FLOR, a Canada-based company that is seeking to export marijuana from Jamaica to Canada for medicinal use speaks during an interview at The Gleaner's Kingston office on Tuesday.

A CANADIAN company is seeking to tap into the Jamaican market for the supply of dried marijuana to the medicinal marijuana industry in Canada.

Marketing director of FLOR, Raymond Grant, (the local agent for the company), told The Gleaner that 80 per cent of the shares of the company are owned by Jamaicans living in Canada who are ready to invest in Jamaica.

Grant has been meeting with local farmers and laying the groundwork for the development of a supply industry in Jamaica.

"I believe this is the first Canadian company formed to export cannabis from Jamaica to Canada. There are about 15 licensed dealers (in Canada), so we would be the wholesalers. We would supply the dealers in Canada. That is how we see our role," he said.

The Marihuana for Medical Purposes Regulation (MMPR), passed in Canada in 2009, created the conditions for a commercial industry that dealt with production and distribution of medicinal marijuana.

According to Health Canada, the government agency responsible for regulating the industry, there are 17 such producers of medicinal marijuana.

It is to, at least, one of these companies that FLOR is seeking to supply marijuana grown in Jamaica.

While debunking the notion that marijuana grown in Jamaica is superior, Grant indicated that there is a supply problem in Canada - a gap which Jamaica could fill.

"This dovetails with developments in Canada, where Health Canada brought in a new regime where dealers have to grow it in greenhouses. These and other requirements make the product very expensive in Canada. We realise that is not a cost-effective way to grow marijuana, so what we are proposing is that the growing be outsourced to somewhere like Jamaica," he explained.

In light of this opportunity, Jamaican farmers have been preparing themselves to meet the demand once the Cannabis Licensing Authority is set up.

Ras Manga of the Clarendon Ganja Farmers' Association said, "As soon as we have the go-ahead and the licensing, if we can strike a substantial deal with them (FLOR), that would be something we could look at."

The Portland Ganja Farmers' Association, a group of about 30 farmers, is also seeking to cash in on a deal with FLOR.

Coordinator of that association, Paulette Simmonds, said said her organisation wants to form a cooperative and "We want to go into every aspect of the marijuana industry. We are also looking for investors so we can be ready to supply FLOR".

Grant sees these developments as economic opportunity for Jamaica. "This is green gold that can potentially be bigger than the bauxite industry and what tourism is doing for us because this is set to become a trillion-dollar industry in Canada. The Canadian market is ready and waiting," he said.