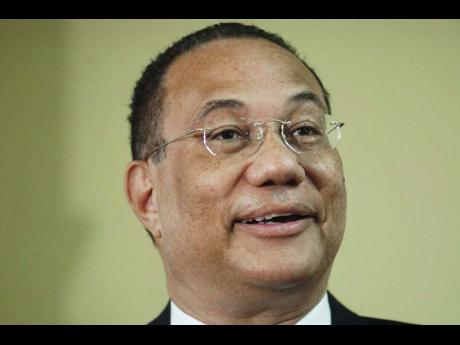 THE HIGHLY anticipated visit of United States President Barack Obama to Jamaica in the coming days is creating marked interest among Jamaicans within the US Diaspora.

President Obama will make a two-day official visit to Jamaica on April 8-9, while on his way to the Summit of the Americas in Panama.

Former Jamaican ambassador to the United States and counsellor for Jamaica at the Inter-American Development Bank (IDB), Dr. Richard Bernal, in reacting to the president's visit said, "The visit of President Obama is a very positive development for Jamaica."

The IDB executive pointed out that "the visit is a critically important opportunity to convey to the president and his foreign policy advisors, the issues of concern to Jamaica, and to reiterate the Government's commitment to continue to implement a very challenging economic programme".

Bernal, Jamaica's longest serving ambassador to Washington, explained that when a president visits a country or region, the engagement is preceded by an intense inter-agency process, which focuses on every aspect of the relationship with the US. This augurs well for the president's meeting with CARICOM leaders on economic, security and energy issues.

Former Diaspora Board Advisory member for the Northeast USA, Patrick Beckford said that he was not surprised that the president would be visiting Jamaica. He said having visited the White House during Obama's first term, he was pleasantly surprised at the number of Jamaicans who had important roles in the administration.

Beckford said he hoped that on the agenda for discussion would be the issue of trade imbalance between the USA and the Caribbean as well as the expansion of the 'Guest Worker Program'. He said he hoped Prime Minister Simpson Miller, as promised, would forcefully press the issue of having Marcus Garvey's criminal record expunged within a specific timeline. In addition, it was his wish that President Obama's visit would have the added economic benefit to Jamaica by way of a reduction in the high rate of interest on Jamaica's loans or some form of debt forgiveness.

Secretary general for the Friends of Trelawny, Michael A. Wattkis, urged the prime minister to make sure that Obama's visit is more than symbolic, and that a concerted effort is made to foster greater social and economic opportunities between both countries.

"Thousands of Jamaican-American families live and work in the US," said Wattkis, an English professor in New Jersey. "We love our adopted homeland. We love and support President Obama, and I am sure our nation will show him that same love; a love that will extend into a lasting, mutually beneficial relationship."

Chairman of Team Jamaica Bickle, Irwin Claire, said that, as a Jamaican living in the US, he was elated and proud that President Obama would be visiting his homeland. He said this demonstrated the recognition and mark of respect for Jamaica and the formidable role Jamaica plays on the world scene.

President of the National Association of Jamaican and Supportive Organisations, Rick Nugent, said that it was his hope, that the president's visit to Jamaica and his meetings with the prime minister would open doors for greater dialogue and understanding in addressing many of the country's issues and concerns.

On the issue of immigration and deportations, he expressed the hope that discussions would lead to the development of a favourable policy.

President Obama and the CARICOM heads of government will proceed from the high-level encounter in Jamaica to Panama for the Sixth Summit of the Americas.