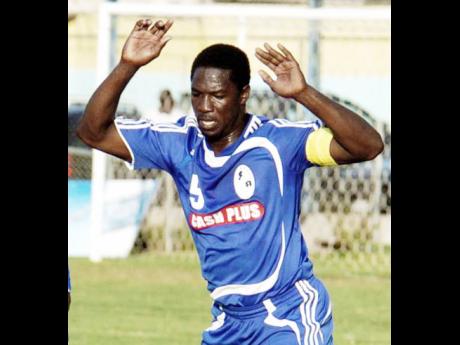 According to reports from the Corporate Communications Unit, the police's information arm, the 32-year-old professional football player of Palmer's Cross in Clarendon was shot and killed by unknown assailants at about 8:25 p.m. on Sunday.

He was among a group of men playing dominoes when he allegedly got a text message and stepped outside. A few minutes later explosions were heard and the police were summoned. He was later rushed to the hospital and pronounced dead.

"Everybody connected with Sporting Central feels it. He is one of the vertebrae in the background and has been around the club since 2002," Lowe told The Gleaner yesterday.

"It is sad, not only for his family and the club, but also neighbouring Premier League club, Humble Lion, as well as the entire Clarendon," Lowe also said.

Sporting had earlier that Sunday played against Boys' Town at Collie Smith Complex in Trench Town, Kingston, where Alves, the team's assistant coach, was ejected from the bench by the referee.

"He was ejected from the bench during our 1-3 loss to Boys' Town on Sunday for arguing with the referee. He loved Sporting Central, where he started as a player 13 years ago. Our hearts at the club have been torn," the president added.

Lowe said Alves got off the bus in Paisley, Clarendon, at approximately 8 p.m. and was killed half an hour later.

"He was let off by the team bus at about 8 p.m. and half hour later, I received a phone call of his death and I rushed to the murder scene, where the body was lying in a pool of blood," Lowe said.