Wheatley wants some civil servants to work from home 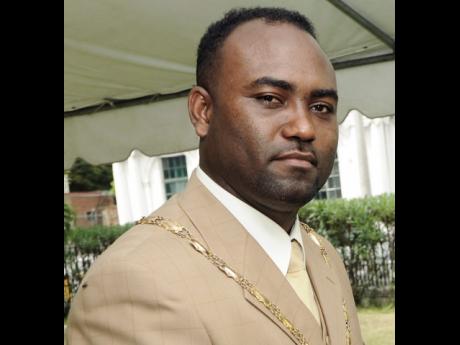 Opposition Spokesman on Science, ICT and Digital Economy Development Dr Andrew Wheatley has asked the Government to consider the roll-out of an initiative which would see many public-sector workers staying home and doing their tasks.

In what he dubbed the Electronic Home Office Mode of Employment (e-HOME) project, Wheatley said the initiative would see specific public-sector jobs and workers using broadband and various other technologies to facilitate working from home.

Claiming that the benefits would be game-changing, Wheatley said its application would lead to a reduction in the public-sector wage bill, as well as huge savings to the Government in areas such as rental costs, energy consumption, stationery and supplies, and other operational costs.

He added that the e-HOME approach would increase employee productivity and job satisfaction, lead to a reduction in unscheduled absence from work, as well as the reduction of road fatalities.

"I will be the first to admit that there will be some challenges with this new way of thinking and working," Wheatley said.

He argued that as the largest employer in the country, the Government must lead this charge and demonstrate the real benefits that can be derived from a culture shift that is embodied in the concept that work is something you do, not somewhere you go.

"The idea is consistent with the notion of telecommuting under the proposed flexible-work arrangement, and would definitely be worth the effort to see under what circumstances this could be implemented," Roberts told The Gleaner.

He said, too, that it is "the kind of enlightened thinking that would enhance performance and productivity in the public service".

Roberts, however, said that under an e-HOME programme, there would be a need to ensure there are performance measurements so that "we can move away from the concept of control to one of empowering the workers through self-management".

"Bear in mind, workers who fail to perform, to live up to their expectations, could face disciplinary action for poor performance. This would be good for the bureaucracy that is too often steep in a culture of hegemony and control," he added.