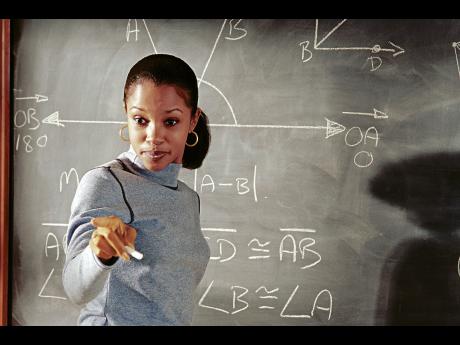 With a new report published by the World Economic Forum indicating that Jamaica is still lagging behind in mathematics and science education, a local educator is batting for incentives to be put in place to keep the best and brightest minds in the classroom.

The Global Information Technology Report 2015, titled 'ICTs for Inclusive Growth', has ranked the quality of Jamaica's mathematics and science education with a placement of 101 out of a total of 143 countries.

The annual report, which measures the drivers of the information and communication technology (ICT) revolution using the Networked Readiness Index (NRI), highlights an overall trend of improvement in the application of ICT in Jamaica.

Commenting on the report, Michael-Anthony Dobson-Lewis, of the National Mathematics Teacher Education Committee, said he was not surprised at the low ranking in the two subject areas.

"There are many unqualified teachers teaching maths and science in our Jamaican schools," he told The Gleaner.

Dobson-Lewis also said a lack of resources was a major contributing factor to Jamaica's low performance.

"I have a big problem when there has been a cut in the education budget and the minister of education comes out and declares that there is no problem as enough money is there in education. Schools just don't have the resources to do it," he said. "I also think there ought to be an incentive to attract and retain the brightest and best in the teaching profession, especially in the teaching of math and science."

Pointing to the number of students in classrooms as another problem, he stressed that "size does matter".

Said Dobson-Lewis: "The class size in Jamaican schools is too high with 40 and more students, as compared to less than 25 in those countries that have ranked high in maths and science education."

Dobson-Lewis is calling for specialised maths and science teaching to address the problems he has outlined.

"A good foundation is needed, and so we have to rethink how we prepare our teachers. We need to learn from those countries that have ranked high as to what they are doing right," he said.