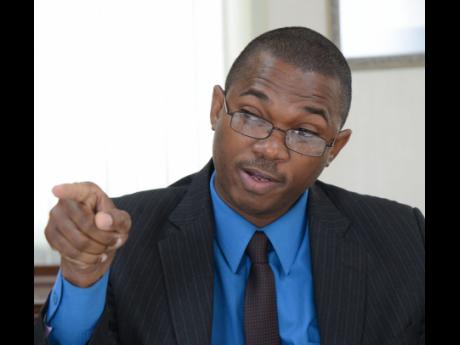 File
Arnaldo Brown, minister of state in the Ministry of Foreign Affairs and Foreign Trade.

The bill for the upcoming Sixth Biennial Jamaica Diaspora Conference has been estimated at $50 million, a cost which Arnaldo Brown, state minister in the Ministry of Foreign Affairs and Foreign Trade, says is a worthwhile spend when compared to the benefits to be gained from the event.

Addressing a Gleaner Editors' Forum at the company's Kingston offices last week, Brown was quick to dispel the notion that no action will flow from the conference.

"I don't think there is any perception that the conferences are talk shops ... . Things have a gestation period, and you are going to have immediate, medium-term and long-term outcomes," he said.

He said among the expected outcomes are expressions of interest, commitment for specific investments, as well as equity investment through the main and junior markets of the Jamaica Stock Exchange.

The junior minister also noted that he was particularly pleased about a symposium on immigration and deportation that has been included in this year's conference.

"We will be introducing the inaugural symposium on immigration and deportation to look, in a very practical way, at how those issues affect Jamaicans in their host countries and prepare Jamaicans who leave our shores for the encounters they will have," he said.

Another highlight of the conference, to be held June 13

to 18 at the Montego Bay Convention Centre in St James, will be a marketplace exposition, featuring a range of local businesses and brands from various sectors.

The marketplace will also include business-matching meetings, networking sessions and cultural presentations.

Brown indicated that he expects the marketplace feature to reap tangible outcomes, given that several outputs were achieved from that aspect of the conference of 2013.

"When it comes on to investments, there is always a gestation period, but I am sure that there will be interest, in terms of persons wanting to invest in the country, and I am sure there will be at least one positive response coming out of the marketplace," he argued.