Diaspora vote not on the cards...for now 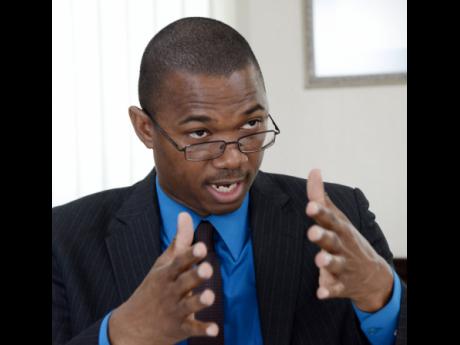 File
Brown: What we encourage Jamaicans to do is to take advantage of the fact that Jamaica observes and recognises dual citizenship.

In light of recent discourse around the rights of eligible Jamaicans in the diaspora to vote, Arnaldo Brown, state minister in the Ministry of Foreign Affairs and Foreign Trade, is seeking to make it clear that migration is not a basis for disqualification from the voters' list.

"Anybody who is serious about voting in Jamaica does not have an impediment if they are already registered to vote," Brown said as he addressed a Gleaner Editors' Forum last week on the upcoming Sixth Biennial Jamaica Diaspora Conference.

"I have said to them that at this point in time, the Government is not contemplating an absentee ballot. But I can't say to them down the line - in the future - that may change."

Brown said the arguments in support of allowing overseas Jamaicans to be able to vote also tend to ignore the fact that many such Jamaicans are actually eligible to vote and simply have not availed themselves of the procedure.

Once an individual is registered to vote in Jamaica, his/her identification card is valid for 10 years.

The last voters' list was created in 2011, and so any Jamaican registered to vote at that time who received a voter identification card and who has now moved abroad will be eligible to vote until 2021.

Many Jamaicans abroad still maintain a residence in Jamaica - even a family home - receiving mail there, renewing their passports, paying taxes when necessary, receiving bank statements, and so on. These people can easily pass the residency test, and many have.

Still, others have no such address and so can no longer be registered. However, there are those who are born outside the island who would seek Jamaican citizenship.

In this regard, they can apply for citizenship as long as they can trace Jamaican roots back to a grandparent, even if they were not born in Jamaica.

According to Brown, even in the diaspora itself, there is not a collective view about the issue, as there are some persons who believe they should be allowed to vote and some who think they should not have such a right.

"Part of the issue that they raise when they advance the argument certainly goes a little on the opposite side, in that being outside of the country doesn't necessarily give you the pulse of what is happening on the ground, and they would be making a decision based on perception and not what the reality is on the ground," Brown said.

There are an estimated three million Jamaicans who reside in the United Kingdom, United States, Canada and other countries around the world.

According to a study conducted by the Jamaican Diaspora Institute, Jamaicans living overseas contribute to the health-care and education sectors, amounting to US$10 million over the three-year period ending in 2014.

According to Brown, the importance of the diaspora to Jamaica's development will continue to be recognised through the reintegrating of members of the Jamaican family and a number of other initiatives aimed at raising the level of engagement.