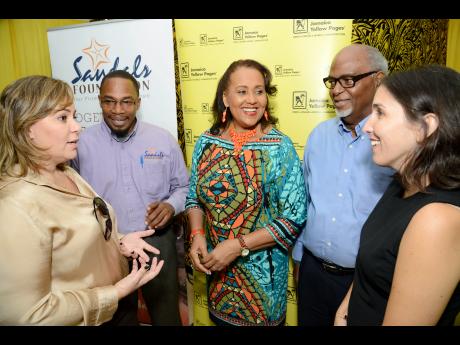 The Founder of Hear the Children's Cry, Betty Ann Blaine, has made a call for the Government to introduce missing-children legislation in the country, describing the regularity with which children go missing in Jamaica as a "crisis".

Speaking at the launch of National Missing Children's Awareness Week, Blaine argued that there is a need for legislation to be in place to deal with this problem.

The child-rights advocate said her organisation would be working with the International Centre for Missing and Exploited Children (ICMEC) to look at models and also to make recommendations to Parliament.

"Jamaica is facing a crisis of missing children. Every single month, we have approximately 150 reports of children who go missing. That is a crisis because we are only 2.7 million people," she said.

While noting that 75 per cent of missing children are reunited with their families, she said many are still unaccounted for.

"Many missing children come back home, but they come back with all kinds of problems. You have girls who come back and leave home again. These we refer to as multiple-missing cases and we need to deal with the root causes of why these children are leaving home," she added.

Maxine Taylor-Cooper, executive director at Hear the Children's Cry, told The Gleaner that between January and April this year, there has been 622 cases of missing children reported. Four hundred of these have returned home, while nine have died. She said she has made calls to almost all of the families and continue to provide counselling for them.

Taylor-Cooper said that many girls who go missing return pregnant and with a host of behavioural problems.

"Counselling sessions for children who returned home have been successful. When I follow up with the parents, most of them say the behaviour has improved, but based on the severity of some of the cases, we have to do additional counselling and refer them to the child guidance clinic," she said.

Katia Dantas, policy director for Latin America and the Caribbean with the ICMEC who highlighted the issue from a global perspective, said that the problem is difficult to deal with because there was no international consensus on the definition of a missing child.

"The phenomenon of missing children is more encompassing than child trafficking, abductions, and family-life issues. It is a multifaceted problem. There is a general awareness of what it is, but the definition is complicated. What Jamaica sees as missing children is not the same as Brazil and other countries," she said.