Coffee burns - Farmers watch as crop goes up in smoke 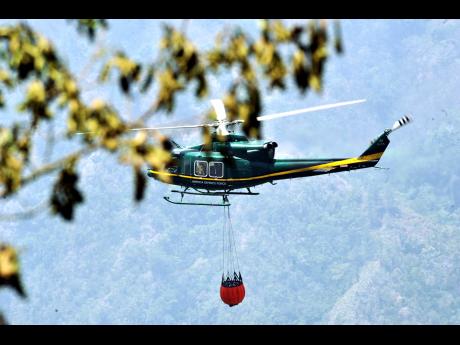 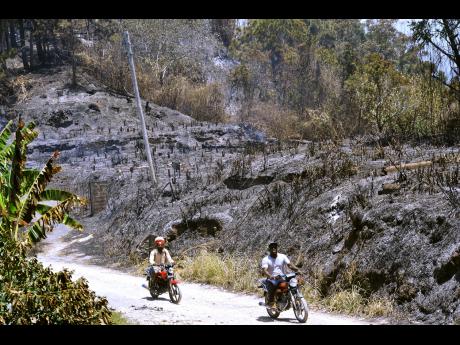 Norman Grindley
A section of land in Mavis Bank, St Andrew that was burnt in the most recent fire to affect the coffee-growing area. 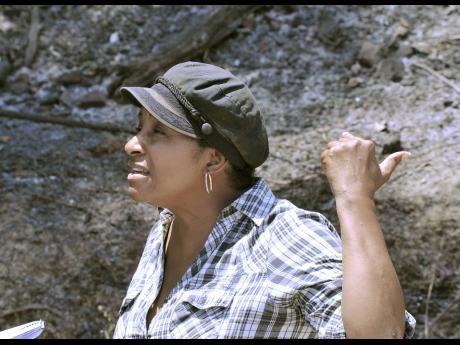 Norman Grindley
Coffee farmer Joan Gordon Webley talks about the impact of the fire raging in the Mavis Bank area where the world-famous Blue Mountain Coffee is grown.
1
2
3

One long-time coffee farmer has warned that the bush fires sweeping across several communities in east rural St Andrew since last Saturday could leave billions of dollars in losses and deliver a major blow to the nation's world-renowned coffee industry.

Up to yesterday, Joan Gordon-Webley's 40-acre coffee farm remained intact, but that has not prevented her from standing with other farmers who, along with firefighters, have watched almost helplessly as large areas of crops go up in smoke.

The former member of parliament for east rural St Andrew reported that several farmers have lost their entire crop.

"Blue Mountain coffee is the best in the world, and the Government has been trying to boost production ... . When you wipe out this expanse of coffee, you are going to get a beating. The coffee industry is going to get a hit - a terrible hit," she warned during The Gleaner's visit yesterday to the hilly farming community of Flamstead, the latest area affected by the fires.

"Even when you put that back in the ground, you start to get a little bearing [harvesting] in two years, (but) that cannot compensate for what has been burnt now," she added.

It is still unclear how the fires started, but it's believed that it started last Saturday in the community of Mount Charles and quickly spread to sections of Mavis Bank, Tower Hill, and the community of Flamstead.

District officer for the Jamaica Fire Brigade Patrick Levy acknowledged yesterday that wind conditions, the hilly terrain, and poor water supply have left the men and women under his command almost powerless to fight the blaze.

"We normally work where you have roadway, but, as you can see, most of the area is inaccessible to the unit and the amount of hoses that we have. Thank God we have the JDF [Jamaica Defence Force], who is doing some aerial extinguishing for us," said Levy.

However, by midday, the JDF chopper that was being used to douse some of the worst-affected areas with buckets of water was reportedly grounded because of high winds

Up to late afternoon, fire officials could not say if the fires were under control.

For Gordon-Webley and other farmers, who declined to give their names, these have been the worst fires they have experienced in their many years of farming.

The former parliamentary representative for the area told The Gleaner that the blaze got so bad that she instructed the men employed on her farm "to let it burn".

"I can't bring back their lives," Gordon-Webley said.

Despite this, she said the men managed to save her farm and the one adjacent to it, which is owned by former education minister Carlyle Dunkley.