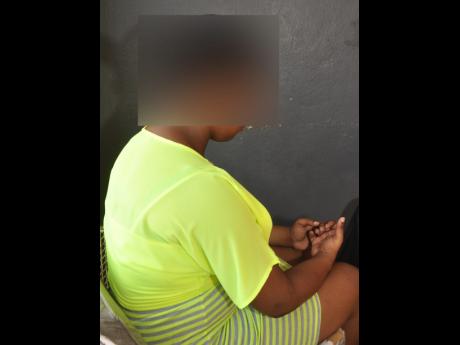 Jermaine Barnaby
Shanique has been reunited with her mom.

The sexually abused teenager who was taken into state care last Tuesday after returning home, having been missing for more than three weeks, with a tale of being abducted and, along with several other girls, forced into prostitution has been reunited with her mother.

The teenager, Shanique*, was taken before the court last Thursday to determine if

she was to be taken into state care full-time after a Child Development Agency (CDA) officer interviewed her and her mother and determined that she had been absent from home on previous instances without permission, and the length of time she had gone missing on this occasion.

"The child was presented before the court yesterday and she has another court date in June. She was released to her mom with conditions and will continue counselling with the Children and Family Support team of the CDA," Rosalee Gage-Gray, head of the CDA, told The Sunday Gleaner last Friday.

"She was released on an interim supervision order and the child will come to counselling. They (Shanique and her mother) have had two sessions already, and have another one next week, I am sure," Gage-Gray said.

The conditions of the interim order includes staying with her mother, attending school, reaching home on time after school, not leaving home unless supervised or authorised to do so by her mother.

Shanique will return to court in June to establish if she has been conducting herself properly and adhering to the conditions of her release.

After being missing from home for 24 days, Shanique had initially claimed that she had been kidnapped by a group of men in Clarendon and then, along with other girls, taken nightly to a club to have sex with numerous men.

Checks by the Centre for Investigation of Sexual Offences and Child Abuse (CISOCA) uncovered that Shanique's time away from home was spent in the Corporate Area.

One man has since been arrested in connection with her abuse.

"The man is in custody and we are still trying to find some other people who we believe can help us," Webster Francis, the divisional detective inspector of CISOCA, said.

Francis noted that this was not the first time that an adult male has been arrested based on sexual relations with Shanique, who was in the Victim's Support Unit.

"This is not the first time she has been abused. But that has

no relevance to the criminal proceedings," Francis said. "One matter was reported the first time she came to the office, and the accused was actually convicted. On more than one occasions, she went there already, based on my preliminary investigation."