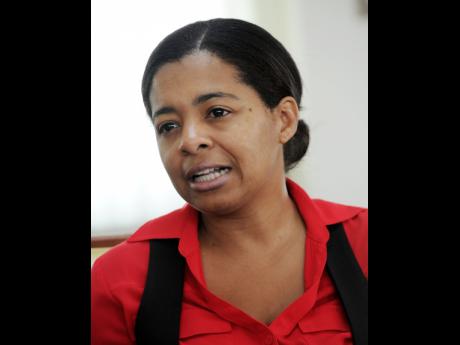 The Ministry of Youth and Culture is still not ready to outlaw corporal punishment for children, even though psychologists say the act makes children more violent.

Addressing a Gleaner Editors' Forum last Friday, Youth and Culture Minister Lisa Hanna stated that despite calls from the United Nations Committee on the Rights of the Child (UNCRC) to outlaw all forms of corporal punishment, her ministry would not take such action until the topic is completely ventilated through public discourse.

"When we met with them (UNCRC), they felt that in order to reduce the violent incidences Jamaican children experience, corporal punishment had to be outlawed across the board, and this would force parents to find other ways of disciplining their children," Hanna said.

"We have started to have the presentations from the groups that have done the research, and those will help to guide where we should be going on this issue."

The minister conceded that, so far, the evidence that has been presented suggests corporal punishment has a negative effect on the island's children.

"Our inter-ministerial committee recently heard a presentation from one psychologist who said her findings suggest that corporal punishment does lead to violence in children. It starts even from children sticking other children with pencils at school, but we have to evaluate not only our children, but also the parents because there are parents who believe they can beat bad behaviour out of their children instead of trying to understand the causes of that behaviour," said Hanna.

Psychologist Keisha Tomlinson, another participant at the forum, agreed that corporal punishment leads to violence in children.

Tomlinson also agreed that parents who administer punishment in anger were causing more harm than good to their children.

"Yes! Corporal punishment is a problem because there is a thin line between discipline and physical abuse when we are talking about punishment. What we have found is that far too often parents tend to use corporal punishment in anger, and when they are angry, they are not in control and end up doing serious physical and mental damage to their children," she said.

Melody Samuels, a psychologist attached to the Child Development Agency's North East Region, echoed Tomlinson's sentiments, arguing that parents need to be educated to understand that there are alternatives to hitting their children.

"In Jamaica, too often corporal punishment tends to be abuse and the results of that is what we deal with everyday with maladjusted children," Samuels said.

"We don't address it by just taking away corporal punishment, but, essentially, teach parents that there are ways you can raise and discipline your children without beating them to a pulp."

The Office of the Children's Registry which defines physical abuse as any act, or failure to act, that leads to the non-accidental, physical harm of a child or that places the child's physical well-being at risk, recorded 2,912 reports of physical abuse of children in 2013. This was a substantial increase over the 2,342 reports the registry received the previous year.