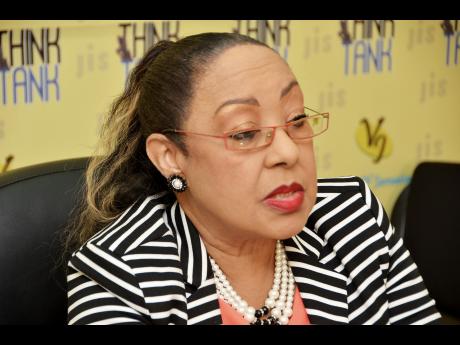 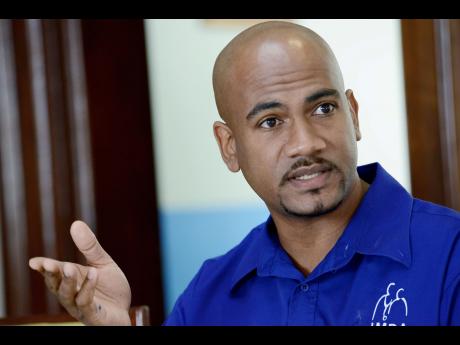 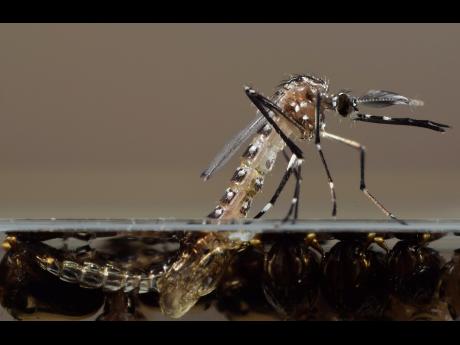 AP
This undated photo made available by Oxitec shows a genetically modified Aedes aegypti mosquito in their U.K. lab. 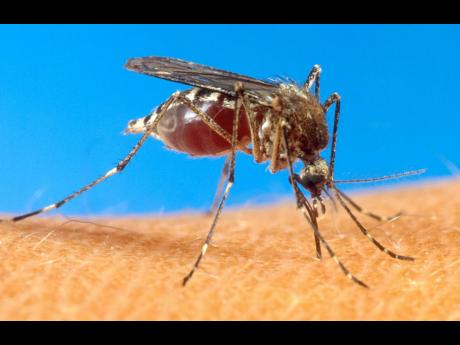 File
An aedes aegypti mosquito is shown on human skin. 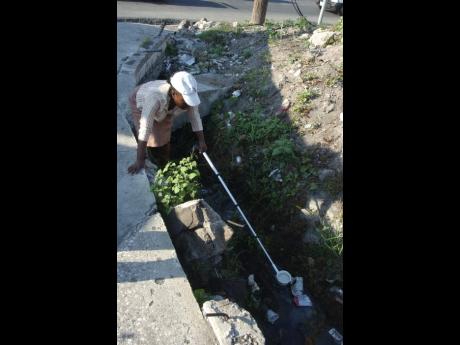 Contributed
Sherine Huntley, medical entomologist at the Ministry of Health, testing the mosquito breeding ground in a gully on Marcus Garvey in Kingston on Wednesday, December 6, 2006.
1
2
3
4
5

TAKE PRECAUTIONS but do not panic. That’s the urgent advice from stakeholders in the health sector as Jamaica faces the threat of another serious mosquito-borne disease, the zika virus (ZIKV).

With the wounds still fresh from the debilitating impact of the chikungunya virus (chik-V) that rocked Jamaica last year, from which persons are still experiencing long-term effects, Jamaicans are concerned about the country’s preparedness to handle the introduction of yet another new potentially devastating disease.

On Monday, the Ministry of Health put Jamaica on alert, following reports that there was an outbreak of the zika virus in Brazil and the potential of the mosquito-borne virus to spread to other countries.

“The virus has been confirmed by the Ministry of Health in Brazil in 16 persons there. In these situations, we take the lead from the Pan American Health Organisation (PAHO), which has advised all countries in the region of the Americas, including Jamaica, to ensure that we are taking all of the necessary precautions to slow or limit the introduction of this virus into the country. And if it is introduced, to ensure that we are able to detect it, manage our patients, and a major part of this effort is to ensure that we keep our public informed so that they understand that preventing the breeding of the Aedes aegypti mosquito is critical,” Acting Chief Medical Officer Dr Marion Bullock-DuCasse told The Gleaner yesterday.

“This is a virus that has never been detected in Jamaica before, and so we are taking all the necessary precautions. As with all new viruses, we will have a large number of the population that are susceptible or will become ill. The challenge is to ensure that if a case is detected, we do very rapid control measures, including urgent vector control, to ensure that we reduce the population of the mosquitoes that can spread the disease."

Bullock-DuCasse acknowledged that lessons have been learnt from the chik-V epidemic, with the ministry now experienced in the necessity for rapid control measures. This experience, she said, will guide the efforts in preparing for another new virus, including ensuring prevention of a rapid spread across the island.

"I think we have all learnt lessons from the introduction of the chikungunya virus, and certainly at the Ministry of Health we are ensuring that we use all of the best available technical knowledge that we have and were passed on to us from international health partners because we intend to ensure that we step up our preparedness, including public education, and that our health-care workers are prepared," said Bullock-DuCasse.

She said the ministry has an ongoing, islandwide vector-control programme, including fogging exercises. However, because this breed of mosquito lives in settled water in and around places persons inhabit or congregate, it is important that individuals play their part in eliminating breeding sites.

The ministry will also have teams out in the communities to assist persons and carry out health inspections.

NOT AS BAD AS CHIK-V

Bullock-DuCasse said the symptoms of ZIKV are not as severe as chik-V, including not exhibiting long-term effects nor are persons prone to relapses, as they are with chikungunya.

"The zika virus is considered a self-limiting virus in that it does not have the long-term effects that persons experienced with chik-V. In fact, it is said that one in four persons who become infected do not display any signs or symptoms," she said.

The acting chief medical officer is strongly advising persons that once they begin to show symptoms, to seek medical attention and that persons with pre-existing medical conditions, whose immune system is compromised, pay even closer attention.

"We urge the public to continue to listen to the advisories from the Ministry of Health. We also strongly urge that persons remember that the Ministry of Health is the authority on these health matters. We take our guidance from PAHO, the World Health Organisation, and other international health authorities, including scientists who have collaborated on the work on this virus, and others," she stated.

"The Ministry of Health will ensure that the information flow is very frequent and that the public and health-care workers are guided accordingly."

In the meantime, president of the Jamaica Medical Doctors' Association Dr Alfred Dawes, notes that Jamaica's health system is not prepared to handle the introduction of a new, possibly impactful, virus.

"Jamaica is still not ready to deal with vector-borne diseases. The massive clean-up campaigns that came too late in the chik-V epidemic were for nought as the drains are again full of rubbish and the garbage still lines our streets. We need to, as a country, find a way to dispose of our waste effectively or else we will always be at the mercy of the mosquitoes. This has to be through a sustained multi-sectoral approach and not a knee-jerk reaction to an established threat," Dawes told The Gleaner.

He added: "Jamaica is still feeling the effects of chik-V. The prolonged pain and weakness has taken a physical toll on persons who were affected by the virus. Psychologically, we have not got past the emotional suffering and distrust of the health authorities, and doubt we have recovered financially as productivity is still affected by the residual symptoms."

Noting that the ZIKV was not as deadly as chik-V, he urged Jamaicans not to panic, but to channel their energies into securing the environment and destroying mosquito breeding sites.

"We cannot wait on the Government to save us. We must take personal responsibility and play our part in fighting the zika virus and any other viruses that may come to our shores.

"Doctors need to take time to explain the disease to their patients. We need to gain the trust of our patients in order to combat the spread of conspiracy theories that hinder our efforts to combat diseases," Dawes noted.

- The zika virus is transmitted by the Aedes aegypti and Aedes polynesiensis mosquitoes. The same mosquitoes that transmit chikungunya and dengue.

- The Aedes aegypti mosquitoes are generally found in and around places where people inhabit and congregate.

- After being bitten by an infected mosquito, symptoms of the disease appear following an incubation period of three to 12 days.

- The zika virus was first isolated in 1947 in Zika Forest, Uganda, in a Rhesus monkey during the transmission of wild yellow fever.

- In 2007, the first major outbreak of zika virus fever occurred on the island of Yap, Micronesia, where 185 suspected cases were reported.

- In October 2013, approximately 10,000 cases were registered in an outbreak in French Polynesia.

- Brazil confirmed its first case of ZIKV in May 2015.

- Recent outbreaks of the zika virus in different regions of the world demonstrate the potential of the spread and outbreak of this arbovirus in regions where the Aedes mosquitoes are present.

- To date, no death has been attributed to the zika virus infection.

- The zika virus is considered a self-limiting disease, with symptoms lasting four to seven days

- The zika virus appears as a very moderate disease, with fever, headache, joint and muscle pain, rash and sometimes swelling of the limbs.

- Some persons may also experience vomiting, diarrhea and abdominal pain

- Although not as deadly as chik-V, ZIKV can cause significant illnesses in severe cases

- In some cases, co-infection, ZIKV and dengue, can occur some patients

- In some instances, it may lead to autoimmune diseases where the immune system turns on itself and starts destroying different cells leading to possible nerve disorders and bleeding disorders.

- However, most persons affected with ZIKV will have only a mild course with symptoms similar to dengue, and will recover in a few days.

- ZIKV patients do not display long term effects nor are prone to relapses, as with chikungunya.

- There is no vaccine or specific treatment for the zika virus infection.

- Treatment is mainly symptomatic and supportive, including rest and the use of acetaminophen and paracetamol to relieve fever and pain. Antihistamines can be used to control itching.

- Using aspirin is not advised due to risk of bleeding and developing Reye's syndrome in children under 12 years.

- Patients are advised to drink plenty of fluids to replenish loss from sweating, vomiting, and diarrhoea.

- Control spread of the Aedes aegypti and Aedes polynesiensis mosquitoes.

- Conduct systematic search in and around your environment for any stored, exposed body of water and take appropriate action.

- Pour a little oil in contained water for domestic use.