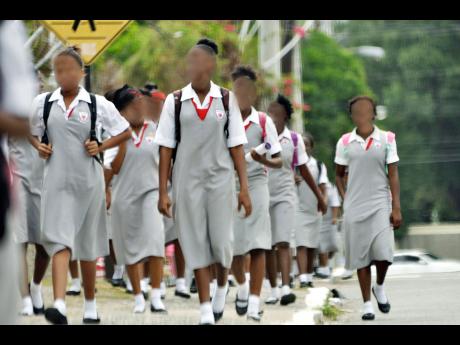 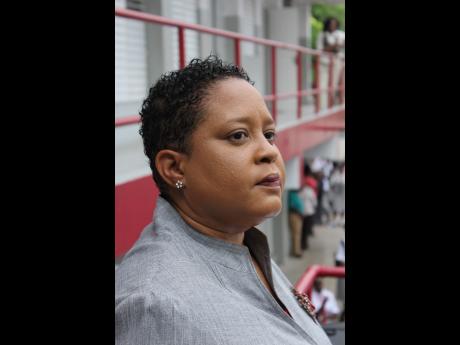 Brian McCalla
Principal of The Queen's School, Jennifer Williams, is yet to comment publicly on the developments. 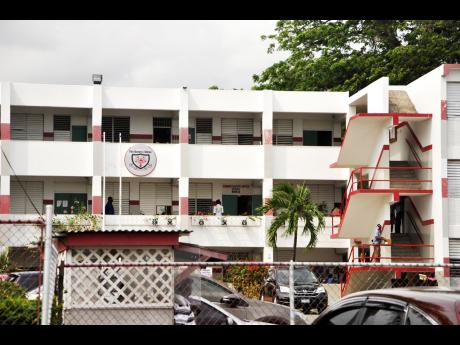 Jermaine Barnaby
A section of The Queen's School campus.
1
2
3

Officials of the top-ranked Corporate Area girls' high school, The Queen's School, are refusing to comment, but The Sunday Gleaner has been told that the parents of at least eight students have been instructed to find new schools for them immediately.

The decision was made following a probe into a bloody battle which started on the school compound and continued on the road almost two weeks ago and left two alleged members of a gang, including the reputed leader, hospitalised with knife wounds.

The all-girl gang, which has been dubbed the Mafia Gang by a teacher at the Anglican Diocese of Jamaica-owned institution, is said to have been perpetually disruptive.

Allegations levelled against the gang include involvement in acts of intimidation both in and outside of classes; issuing threats; taking knives to school; colluding with others off the school compound to steal electronic devices, including laptops and cell phones; and getting involved in violent fights.

The school was forced to take strong action against the girls after the latest fight involving the gang members almost turned deadly on May 12.

It is reported that just prior to the end of the school day, one member of the gang was accosted by another and prevented from leaving the compound, allowing others to join. An argument ensued and knives were pulled. At the end of the fracas, two girls were left suffering from stab wounds.

According to phone records, reportedly obtained by the police, including text messages and voice notes, the clash was premeditated, with one of the girls having messaged a student of a nearby boys' school earlier in the day to say she was going to fight a fellow student after school.

When the schoolboy asked why she had decided to fight, the girl reportedly responded, "because she diss the programme".

Following the fight, all eight girls were suspended for 10 days. Seven of the eight girls, along with their parents, were summoned last Wednesday to meet with a representative body of the school board.

That meeting was reportedly to "look into matters related to gross misbehaviour and incidents which are considered inappropriate behaviour of students of The Queen's School". Six of the seven girls turned up for the meeting.

Two board members were present at the meeting, along with principal Jennifer Williams; the school's bursar, who is also the secretary of the school board; the students' council president; the school's dean of discipline; and a police detective sergeant.

The Sunday Gleaner understands that the parents were allowed to listen to voice notes of some of the girls discussing issues surrounding the stabbing incidents and shown selfies taken by one of the girls while in hospital and posted on social media with a dire warning that the matter was not finished.

It is further understood that the parents were informed of a long history of inappropriate behaviour on the part of the gangster girls. There are unconfirmed allegations that some took part in robberies in the Half-Way Tree Transport Centre.

The gangsters were also linked to the recent theft of a laptop and cell phone on the school's premises, with allegations that they either took them or conspired with schoolboys they had invited over for a social event.

Sources say during the meeting one of the girls admitted to being a member of the gang and having had prior knowledge of the fight, but said she was not present at the scene.

It is also reported that while most parents expressed disgust at the actions of their daughters, they appealed to the school not to give up on them and kick them out of the prestigious institution, which ranks highly in all external examination results.

"But that was rejected as school officials argued that there comes a time when you have to put the interest of the school and the other 1,600 students over the interest of a few," said a Sunday Gleaner source.

The parents were dismissed with the final word being that the school board would discuss the matter and contact them individually. Since then, one parent has reportedly been contacted and told that his daughter had been expelled. He said his daughter had told him that all the other girls have also been expelled.

However, during a meeting at the education ministry last Thursday, some parents were told that while their daughters had not been expelled, they should look for other schools to place them.

"The ministry told the parents that it would assist in any way it could to find new schools for the girls," said the source.