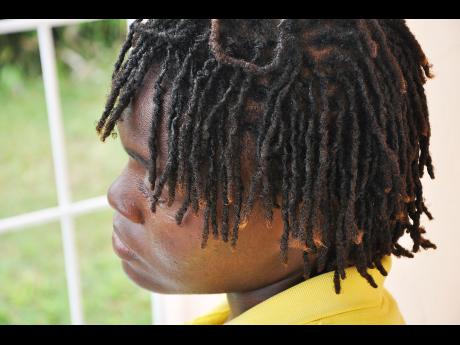 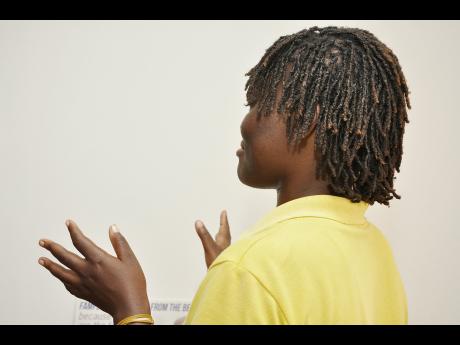 He was expected to look out for her, fight her battles and protect her - after all, he is her older brother, but instead he robbed her of youth and innocence.

That is the story of Makedah* who, at age seven, was molested repeatedly by an older brother.

At age 12, she was torn apart once again and left even more broken after she was raped by two bus conductors.

Not finding the type of support at home she so desperately needed, she ran for her life at age 13 and into the arms of a 22-year-old man.

Makedah's memory of her painful childhood takes her back to the arrival of her brother. He was in his 20s at the time, and had come to live with her, two older sisters and their mother, as his father had gone abroad. Soon after moving in, he started molesting the then seven-year-old, an ordeal she endured for three months, as the fear of being beaten left her mute.

"He didn't put his penis into my vagina, but he touched me on my vagina with his hand and played with himself until he ejaculated," Makedah told The Sunday Gleaner, her bright smile replaced by a look of disgust.

"I knew that what he was doing was wrong, but he said I would get beating from my mother because she wouldn't believe me, so I kept it to myself and didn't say anything because I was afraid of beating."

Her bother would violate her whenever the opportunity presented itself, until her mother finally heeded her pleas to take her along whenever she was going out of the house.

While that episode of abuse ended, it totally transformed her childhood.

"As a child, I started acting like a boy and was very defensive. Instead of playing like a girl, I would climb trees as a boy does, and I still do it," Makedah revealed.

She had gradually wrapped her young mind around what she had experienced and was making strides as she had started "acting like a girl again" before being brutally raped. This sent her plummeting even further into despair than before.

She was only 12 years old when the vicious incident occurred as she made her way home from football practice one evening.

"Where I lived, you had to go through other districts to get to mine, so I was the last one left on the bus to come to my district," Makedah outlined. "Each bus that goes to that district has two conductors on it and both conductors had their way with me and the driver just sat and watched."

She told her mother about the incident when she got home, but just as her brother had warned her five years earlier, a fine beating was administered by her mother as she was blamed for what happened to her.

According to Makedah, her mother claimed that if she had not stopped at football practice, it would never have happened.

Her mother did, however, report the matter to the police, but Makedah says the justice system failed her.

"In this society that we are living in, when you have a family member that is in the force, they cover up their family's dirty deeds and they stop the course of justice," declared Makedah, as she charged that one of the conductors had an uncle who was a cop and he suppressed the case.

Makedah did not get any counselling and had no one to turn to for support. She reverted to acting like a boy, and worse yet, started skipping school, as she did not want to face her abusers.

"I wasn't coping that well, because my grades started falling down. I didn't have the interest of going to school anymore," Makedah revealed. "I would just walk and find somewhere to sit under a tree where no one could see me, just to be by myself and read one of my books until I know it was time for school to over I would go home. I wouldn't take any bus or even go out of the community too far."

Her mother soon became angry at her when it was learnt that her grades were falling and that is when 13-year-old Makedah decided to run away. She went to stay with one of her friends, whose father did not come home until a year later.

"He asked a lot of questions and he wanted to call my mom because he knew my mom, but I explained to him everything that had happened to me," Makedah said of her friend's father.

But members of the community soon became suspicious that such a young girl was home every day not going to school and threatened to report the matter to the police.

"So I ran again - into the arms of a gentleman," Makedah said.

This gentleman, who she had met while home alone in the days, was 22 at the time. Makedah has been living with him for the past 13 years, giving birth to two daughters - the elder being nine and the other six.

"I just told him that me and my mom couldn't get along and we disagreed on certain things and I couldn't stay," Makedah explained.

Makedah joined up with the non-governmental organisation Eve For Life two years ago and received counselling for the first time. Her life has been transformed and now she visits women centres and schools helping to empower other females by sharing her story.

"I feel proud of myself and like I can do anything at this moment, because my story makes a whole heap of difference," Makedah said. "And just for me being a survivor of abuse, other girls can look up to me and say, 'Yes, if she can survive all that, then we can do the same'."