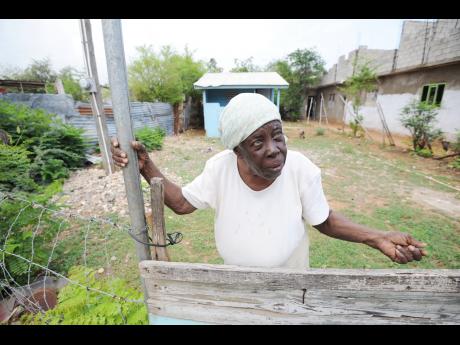 Ricardo Makyn
Gloria Haye is an 86-year-old resident of Windsor Heights in St Catherine where the residents were given six months to start making payments for the lot of land they occupy. 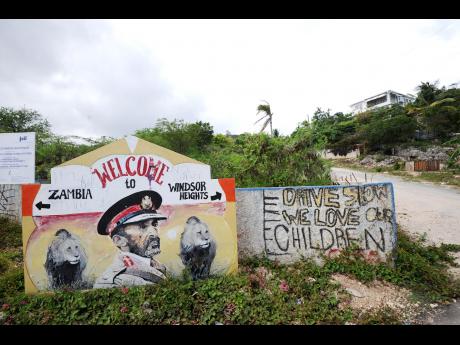 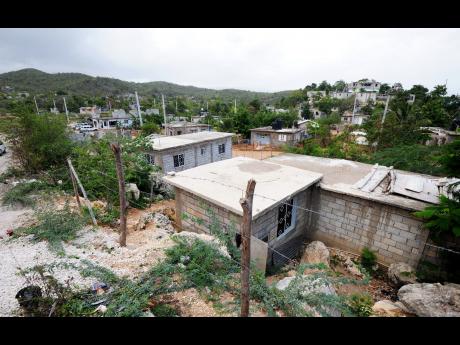 Ricardo Makyn
A section of Windsor Heights in St Catherine. 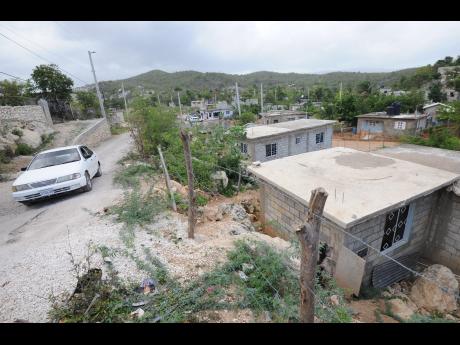 Ricardo Makyn
A section of Windsor Heights in St Catherine.
1
2
3
4

Occupiers of 1,250 lots in Windsor Heights, St Catherine, now face eviction from the properties many of them have called home for years because of their failure to agree to a payment schedule in order to remain on the lands.

The Ministry of Transport, Works and Housing, by way of a letter dated April 7, 2015, gave residents in the community until May 22, 2015, to either take up the offer to complete payments or complete documentation for the lots individually assigned to them.

"Once the May 22, 2015 date passes, an executive management decision will have to be taken on how to treat with the occupants who have not responded positively," the ministry told The Gleaner.

The ministry said a portion of the land has been captured by squatters who began to occupy the hilly section of the property in the late 1960s.

"Efforts were made to remove the informal settlers, but on each occasion, the area cleared was resettled," the ministry said.

It said further that during the mid-1970s, the ministry took the decision not to remove the informal settlers, preferring instead to provide infrastructure and security of tenure.

"At about the same time, violence in the Corporate Area and the resettlement of approximately 200 families from Majesty Pen, Kingston, caused a significant increase in the number of persons migrating to and occupying the property," the ministry said.

In an emailed response to questions posed by The Gleaner, the ministry said that as part of efforts to regularise the occupants, an occupancy audit was undertaken in 1996.

It said that despite the residents' seeming desire to regularise their status, the ministry has "experienced tremendous challenges in having them comply".

When a Gleaner team visited the community yesterday, residents indicated that they are willing to pay for the lots as they are keen to obtain titles.

While some residents are yet to receive a letter from the ministry, several indicated that they have been making attempts to make good on payments with the ministry, but would want more time to produce the funds.

Gillian Forbes, director of the Windsor Meadows Youth Club, told The Gleaner that a meeting was held with members of the community last year where they were told that they will have six months to make payment to the ministry for the lands.

"We had a general meeting with the minister and they told us that we will have to come in with our money in six months and they won't put on the interest," she said.

She went on to explain that most of the 15,000 residents in the community want to make payment on the lands, but the austere conditions make it difficult for them to do so.

"Most people will pay for it, but they are saying 'Where was the ministry five years ago when things were better?' We nuh have any money now and things really hard," she added.

Forbes also indicated that the distance to travel into Kingston to make payment is another inhibiting factor.

"People are less likely to go to housing trust because it so far and them really no have the money to go to town. What they need to do is come into the community and have a one-on-one with the people ... .We want to pay, but we just need more time," she said.