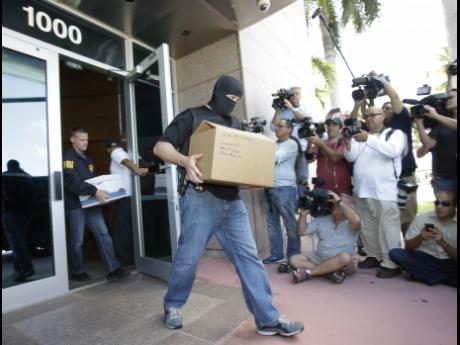 AP
Federal agents carry out boxes of evidence taken from the headquarters of the Confederation of North, Central America and Caribbean Association Football (CONCACAF) yesterday in Miami Beach, Florida. Swiss prosecutors opened criminal proceedings into FIFA's awarding of the 2018 and 2022 World Cups, only hours after seven soccer officials were arrested yesterday pending extradition to the U.S. in a separate probe of "rampant, systemic, and deep-rooted" corruption.. 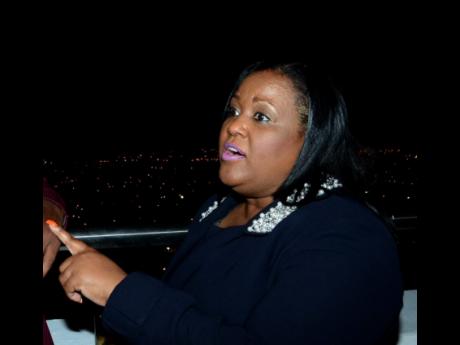 Minister with responsibility for sports Natalie Neita-Headley has indicated she will be looking to meet with the hierarchy of the Jamaica Football Federation (JFF) as soon as the opportunity presents itself, as the Government seeks to weigh the impact of the latest FIFA scandal on Jamaica's football programme.

Neita-Headley's comments come in the wake of yesterday's arrests and indictment of high-ranking FIFA officials on charges of corruption, fraud, money laundering and racketeering, with 14 football officials and sports marketers implicated in what is being described as the biggest scandal to hit the sport in history.

President of the Confederation of North, Central America and Caribbean Association Football (CONCACAF), president of the Cayman Islands Football Association and FIFA vice-president Jeffrey Webb, former CONCACAF president and FIFA vice-president Austin 'Jack' Warner and seven other officials from Central and South America were named by the United States Department of Justice in their probe, which also saw raids in Zurich, Switzerland, where FIFA's inner circle has gathered ahead of tomorrow's elections.

Neita-Headley told The Gleaner yesterday afternoon that she was waiting to meet with JFF president Captain Horace Burrell, who had also traveled to Zurich, but underlined that she was not in a position at this time to give any assurances regarding any possible local involvement.

"I think in due course, I will get a chance to meet with the JFF leadership," Neita-Headley said. "There's an investigation into allegations and several agencies from different countries are involved in the investigation."

She added: "At this time, though, I can't give any assurances, I am like every other citizen at this time, awaiting the results of those investigations, and everyone is innocent until proven guilty."

Said Neita-Headley: "I believe the organisation (FIFA) has a lot to answer and those who are implicated will have to face the law."

She added: "At this time, there is no obvious bearing on our local football programme or our football leadership in Jamaica, but as a government, we stand squarely behind the promotion and endorsement of the integrity of sports."

Neita-Headley is also confident that the Jamaican Government has done all it can to encourage integrity in sports and honest sporting governance.

"Firstly, I don't know that you can legislate morality and honesty. So even with the best of systems, even with a sports policy which speaks to integrity in sports; with all of what is required of the sporting associations with the auditing of accounts and so on - FIFA has those rules as well and are accountable; the difference is FIFA polices FIFA and that makes it difficult," said Neita-Headley.

"For me, preservation of integrity will result from individual integrity and their commitment to that preservation of integrity. So you can put all the rules in place, all the measure and checks and balances, individuals will find ways; and I'm not saying that's the case here, but persons also have to be committed to what is put on paper as legislation," she said. She added that she hoped potential administrators, players and sponsors to the sport were not discouraged by this latest scandal.