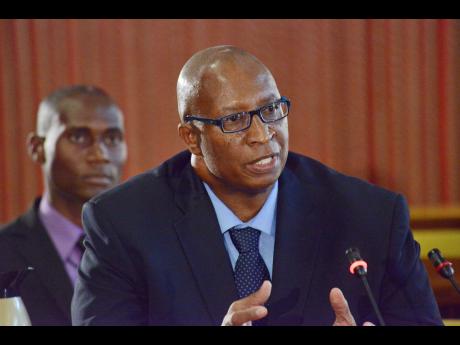 The Jamaican society has failed the residents of Tivoli Gardens in west Kingston.

That was the sobering admission yesterday by Deputy Com-missioner of Police Glenmore Hinds as he testified before the West Kingston Commission of Enquiry.

Five years after the three-day police-military operations that left more than 70 civilians and one soldier dead, Hinds lamented that enough has not been done, through social intervention, to empower the residents of Tivoli Gardens so they can earn for themselves.

"I think this country has done the residents of Tivoli Gardens a disservice. For a long time when they called out to us for help, we ignored them," he told the three-member panel probing the conduct of the 2010 operations in the west Kingston community.

"Most of us in this room - the only persons who can claim exception is Sir David Simmons - are a part of the problem, including the security forces," he underscored.

Noting that police operations in Tivoli Gardens were often described as an incursion, an attack or an invasion, the former head of operations for the Jamaica Constabulary Force (JCF) said this allowed the "gang propaganda to hold sway over these citizens" and cemented in their minds that they are not part of Jamaica.

"Instead of saying to them 'you are part of this country, we respect you, you are citizens of this country', we allowed them to see themselves as Tivoli - the inner city - and outer city is not concerned about them," he argued.

Hinds said because of this the west Kingston community established it's own system of governance, to which the residents subscribed.

"And anything done to change that was never embraced and that's why Mr (Christopher) Coke was embraced ... as a noble man," he continued.

Hinds said the nation is still indebted to the security forces for the conduct of the May 2010 operations, which not only facilitated Coke's arrest, but also allowed "us to bring back Tivoli Gardens as a part of Jamaica".

"We have allowed these persons to remain conflicted in emotional thought about exactly what they ought to do. So what we [the security force] have done is allow them to see themselves as citizens of Jamaica with structures they can subscribe to," he said.