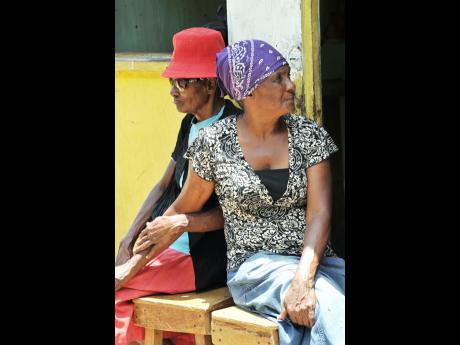 Norman Grindley
Merle Wright, (right) wife of 73-year-old Ezra Wright, who was shot dead by gunmen at his shop in Claremont in Ginger Hill, St Elizabeth, Wednesday night. With her is her sister Juliet, Billingo. 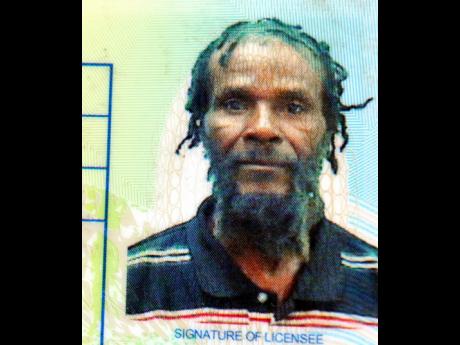 Contributed
Archibald Brown, who was shot dead by gunmen at a shop in Claremont Ginger Hill, St Elizabeth Wednesday night. 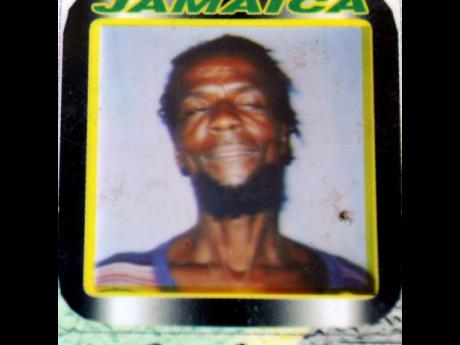 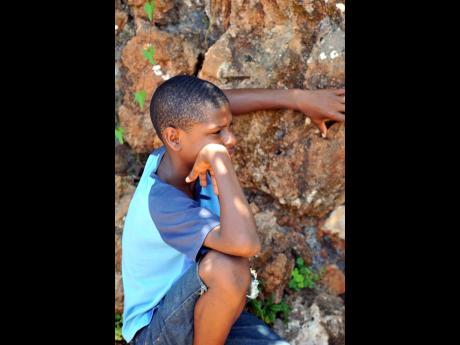 Norman Grindley
This boy from the community was also shocked by the killings. 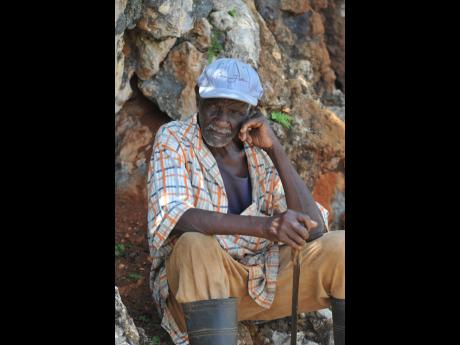 Norman Grindley
A resident of Claremont in apparent disbelief after four men were shot and killed at a shop in the district. 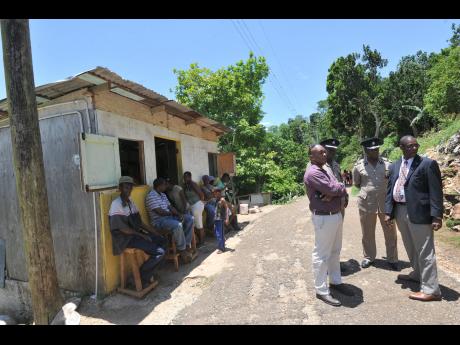 Norman Grindley
Police and residents gather at the shop after the shooting of of four men in Claremont, Ginger Hill and St Elizabeth Wednesday night.
1
2
3
4
5
6

Four men, three elderly and one middle-aged, begged for their lives but a group of murderous thugs would not be deterred on a night when the celebration of life became deadly.

Yesterday, the people of the remote community of Ginger Hill in St Elizabeth continued to reel after masked hoodlums pumped countless shots into Ezra Wright, 73; Archibald Brown, 61 and his 58-year-old brother, George, killing them on the spot.

The haunting spectre of anguish, grief and fear robbed the placid farming community of not only the four senior community members, but its innocence as well.

Dried blood, broken bottles and numerous bullet punctured holes in the wooden walls of the shop, served as testimony of the agony of the night.

It was a night when two brothers - both senior citizens - met tragic ends as they celebrated the birthday milestone of a golden ager whose life was also snuffed out in the carnage.

And yet again, a group of domino players became the unsuspecting targets of marauding murderers.

While murderous rampage is somewhat commonplace in some communities, not so in the placid hills of St Elizabeth.

The killings sparked untold fear in the hearts of residents. For the people, losing four of their own in one fell swoop, is too much to bear.

"We can't feel good, this has traumatised everyone in the community," lamented Conroy Wright, son of 73-year-old Ezroy Wright, the operator of a shop.

It was Wright who was celebrating his birthday when the hoodlums struck.

Conroy said his father received 15 shots and was robbed of $24,000 he had in his possession.

The younger Wright told The Gleaner the masked men also cleared goods out of the small shop.

"Me can't believe me one brother dead and leave me alone," Smith moaned. "Them kill me brother without a cause."

Marlene Brown held the driver's licences of her two brothers, Archibald and George.

She said she was getting ready to flee the community.

"I don't know when they may come back,"she told The Gleaner.

Another man. too afraid to give his name, told The Gleaner he was seated on a nearby stool when a group of masked men appeared.

"I turned and ran and that is what saved my life," he said.