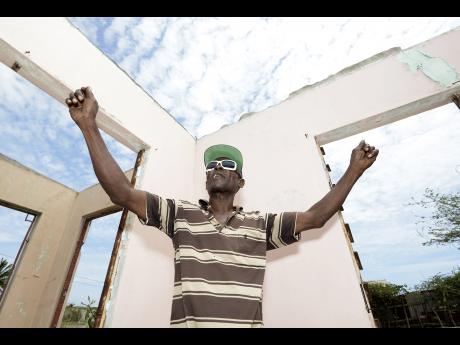 Keith Myrie shows the shell that was left of his house in Portland Cottage after Hurricane Dean had its way. 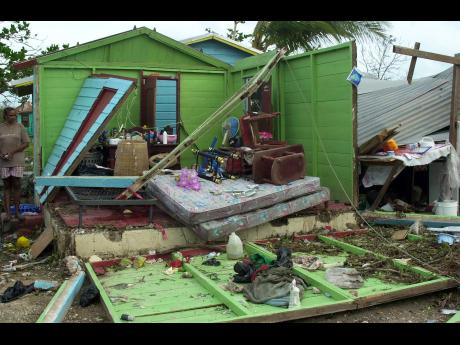 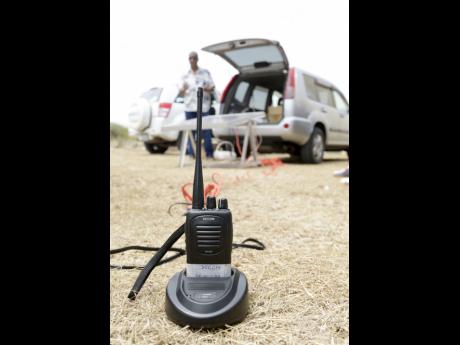 One of the radios which will be distributed to residents of Portland Cottage and Rocky Point in Clarendon to make contact with first responders in case of an emergency.
1
2
3

myReport Assignment: Send us your photos, videos and stories of building, roads or other structures yet to be restored since any major storm. www.jamaica-gleaner.com/myReport ... See it, snap it, share it!

With the memories of hurricanes Dean and Ivan fresh in their minds, residents of Portland Cottage and Rocky Point in Clarendon have started training in essential radio communication and evacuation techniques that they believe will prepare them in the event of future disaster.

With both communities being named on the Office of Disaster Preparedness and Emergency Management's (ODPEM) most vulnerable list because of their proximity to the sea, residents said the memory of recent disasters is the only motivation they needed to capitalise on the training being offered.

According to Arthur Coleman, president of the Rocky Point Bene-volent Association, the willingness of the residents to accept the training reflect a change of attitude in a majority who would have ignored these exercises in the past.

"This training really came at a very good time because we are not far from the hurricane season, and what we went through with Ivan and Dean - with houses being destroyed, roads being flooded and people getting marooned - nobody wants to go through that again," Coleman told The Sunday Gleaner.

"So what this has done is to prepare us that, God forbid, should another storm come, at least as a community, we can know how to mobilise ourselves and reach to help for those in need of it," added Coleman, as he explained the importance of a two-way radio network in the flood-prone communities.

"What the radio system will help us to do is that it will give us a direct line of communication with the ODPEM, the police, the hospitals, or even the parish council, so that they can respond to us quicker. If, for example, someone is marooned or the road is cut off, we can radio directly to them to get the help in the form of equipment or transportation."

Coleman said one of the major reasons for the loss experienced in the past was due to the fact that many residents were either unaware or did not take the warnings to leave the disaster-prone area seriously. But now that has changed.

"In the past, people said they would try and ride out the storm because they don't want to leave their furniture and their homes, but after Ivan and Dean, they don't want to be caught with their pants down again, and so they will move," affirmed Coleman.

"We had a meeting with the parish council and the residents recently, and we want to organise a drill as soon as possible, even though we don't have the alarm system in place yet.

"What we will do is position people in certain strategic locations in the community and when they get news of an impending disaster, they will beat their pot covers, and once the residents hear that sound, they know it's time to move out."

Niesha Roye, whose role in the event of a disaster is to communicate with first responders via the two-way radios, agreed that her experience with Hurricane Ivan in 2004 had given her the impetus to get involved in the training programme.

"I will be one of the persons with a radio so I would be responsible for sending out alarms to the places like the hospital to make them aware of how many people are injured and need help or evacuation," said Roye.

"We are really grateful for the training because I remember Dean. I personally felt that, well, I live in a good house. I [thought I was] safe, but when the wind picked up and the water started to rise, there was no one to help us, and so we hope with better planning, mobilisation and communication, we will never have to go through that again."

Col Stacy Thompson, founder of Abacus for Communities, the non-profit group responsible for providing radio communication training as well as the two-way radios for residents of both communities, agreed that the enthusiasm within the group has been impressive.

"We are doing this training because ODPEM had always had training sessions for community people in the areas of health and first aid, but the one area that they had not received proper training was in communication, which is essential in the event of a disaster," said Thompson.

"That's where our group came in, with the assistance of the Canadian Department of Foreign Affairs and Trade Development, which funded the project to the tune of CDN$81,000, to purchase the radio equipment.

"And I must tell you the response to the training has been excellent. We are particularly pleased that we have identified a very enthusiastic group of young people who don't want to repeat the errors of the past, and so we really want to work with them not only on this but on other projects to improve their community."

While admitting that the radios were yet to be distributed, Thompson said training was only the first step in preparing the communities to avoid future disasters.

"The only little drawback we have had is that we haven't got the radios yet, but when we get them, we will distribute them and start running drills. There will be radio checks daily and simulation exercises with parish council, the police and the hospitals.

"They will be doing those all throughout the year because for them to incorporate this in their lives, it has to be a living experience, not just a one- or two-day training and then forget."