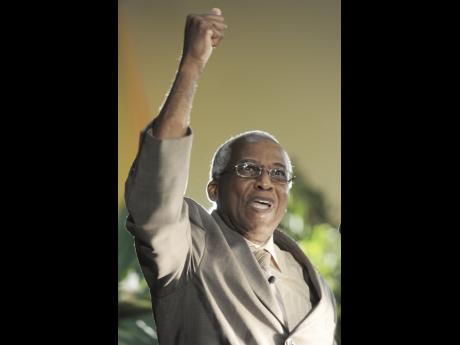 Immediate past chairman of the board of directors of Ardenne High School, the Reverend Lenworth Anglin, believes the disparity in academic performance between non-traditional and traditional high schools will begin to narrow as the former push to improve their profiles.

"I believe that things will improve and the gap between traditional and non-traditional high schools will almost not exist and people won't have any problems sending their children to certain schools or having their children being placed in some schools," Anglin said in a Gleaner interview.

He said a number of schools have become involved in self-sufficient projects and have embarked on initiatives to raise the profiles of their institutions.

Anglin said some of these institutions have also forged alliances with persons and organisations from abroad and are receiving assistance.

He said many businesses have become increasingly involved in providing tangible support to schools, especially those in proximity to their operations.

"I am in agreement with any move or promotion to get support - well-needed support for non-traditional high schools," he said.

Chairman of Wisynco Group, William Mahfood, said a big part of solving the problem at schools that are not performing satisfactorily is the question of leadership.

"My view is that you can take some of the most challenged communities with the least resources in the schools and find real gems. There are several of them around the island where you have seen, through good leadership, the schools shine, at any level, from basic to high," he said.

Mahfood pointed out that a lot of companies provide tangible support to schools in the communities in which they operate.

He said many years ago, Wisynco adopted JosÈ Marti High School in St Catherine and currently still plays an active role in the development of the institution.

"One of the main areas that we focus on as a company is developing education and also how can we impact the school system in a positive way. We give quite a bit to schools and the high-school system across the island in many different ways, whether it be through sports or financial assistance, donating computers, etc.," he added.

The Wisynco boss argued that companies that have not yet come on board in assisting schools should consider making some kind of contribution to the sector.

Data from the Ministry of Education showed that three non-traditional high schools made considerable improvement in mathematics in the CSEC exams.

Last year, Papine High School recorded the biggest improvement in passes in mathematics with a 39 percentage-point increase over its 2013 performance.