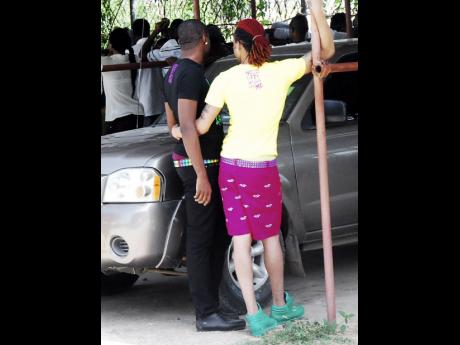 An international study has found that the vast majority of Jamaicans remain adamantly opposed to same-sex marriage, even as the acceptance of such a union has been increasing in neighbouring regional states and the Americas.

The study done by the Latin American Public Opinion Project (LAPOP) found that 89 per cent of Jamaicans disapproved of same-sex marriage, with only 2.2 per cent strongly approving.

This is nearly 20 per cent more than the 70 per cent found by pollster Bill Johnson in a Gleaner-commissioned poll in 2008.

Titled Political Culture of Democracy in Jamaica and in the Americas, 2014, the study also found that in 2014, only 16 per cent of Jamaicans displayed approval for homosexuals' right to run for office in Jamaica. This reflects a decline from the 20.8 per cent approval in 2012.

The survey, which was carried out in face-to-face interviews in 2014, using national representatives stratified and clustered-probability samples in both urban and rural areas, also found Jamaicans are more likely to support the political rights of advocacy groups and organisations described as 'regime critics' than homosexuals.

Described as The AmericanBarometer 2014, the study included 26 countries in the Americas and more than 41,000 interviews, which allows for comparison of the results of each individual country with others of the region.

The question of whether homosexuals should be allowed to seek public office has been a subject of public debate in Jamaica for some time. It is a question that was raised during an interview with a journalist on the BBC's 'HARDtalk' programme, in 2008, that prompted former Prime Minister Bruce Golding to declare: "Not in my Cabinet!"

The LAPOP study also suggested that churches contribute to the marginalisation of homosexuals in Jamaica, by openly criticising their lifestyles as immoral.

It says that religion is an important determinant of the attitudes of Jamaicans towards homosexuals and notes its influence in affecting the political sphere.

While it is not all Jamaicans who feel this way, the acceptance level in Jamaica is still low and overruled by the majority, who are against homosexuality and same-sex marriage.

The study also found that 50 per cent of Americans endorse same-sex marriage and noted that this level of support has been consistently increasing.

Social tolerance, as defined in the study, is the "civility and inclusiveness in practice and relates to the respect for the personal choices and lifestyle interests of others, even when those preferences vary from one's own and/or the majority".

It also states that intolerance implies a "tendency for social exclusion and a support for discrimination".

It is believed that one demographic that remains a victim of social exclusion in Jamaica is the lesbian, gay, bisexual and transgender community.

At the time, the Gleaner-Bill Johnson poll found that 91 per cent of Jamaicans believe lawmakers should make no attempt to repeal the controversial buggery law.